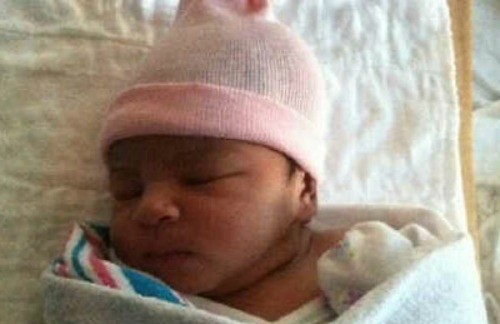 Aww, poor Kris Jenner. After all her hard work, she was refused the chance to name her grand-daughter. If it was up to Kris, there’s no doubt that we’d have heard another name beginning with a K, and I’m pretty sure that all those early reports about Kim Kardashian’s daughter’s name beginning with a K were actually leaked by her.

Unfortunately, Kim and Kanye [West] chose to go with Anna Wintour’s wishes over hers, and ended up with the name ‘North West’. I’m sorry, I still can’t type that without bursting into laughter.

How mad do you think Kris is right now? I mean, it’s pretty embarrassing for Kim and Kanye, especially with all the negative publicity the name’s getting them, but publicity is publicity, right? Maybe Kris was mad initially, but now is probably like, ‘This was genius! We have more people talking about us than ever before! Maybe you should name your next child South West!”

Lol. I could totally see Kim and Kanye – if they even have another child – naming her/him South West. It’d be perfect. Kanye West, North West, and South West. Voila.

Anyway, it’s all down to how much the name can be leveraged. Kris may have been mad that her wishes were ignored, but eventually, she does put whatever’s best [and by that, I mean whatever brings them the most attention] for her family. If she has to put up with calling her grand-daughter North ‘Nori’ West, then so be it.

What do you guys think about the name ‘North West’? Do you think it’s silly or do you think it’s sort of charming? And do you agree that Kris Jenner is mad that she didn’t get to name the child? Especially after months of fame-whoring and calling the paps? Let us know your thoughts in the comments.