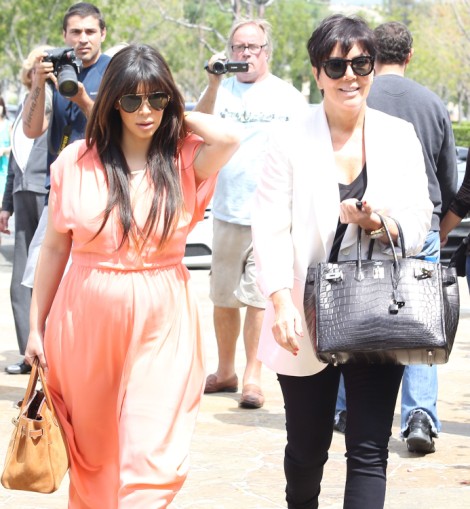 Is this where Kim Kardashian gets it? You don’t cheat, elope, make sex tapes and get knocked up while married to someone else all by the age of 32 unless you have some strong female examples in your life. Thanks to Robert Kardashian’s diaries, we may find out that Kris Jenner makes Kim’s run so far look like child’s play.

According to “The Complete Kardashian Diaries,” In Touch’s “Collector’s Special,” Robert kept tabs on his wife’s philandering and drug issues from 1989 to 1990. He refers to her merely as “K” and highlights all her cheating with former soccer pro Todd Waterman. Examples of some of the lovely entries included are: “K w/ Todd all weekend”; “slept on floor b/c she was so drunk”;  “kicked her out”; “11th anniv. — what a joke”; and “Kris slept out again — never home at all. Kids don’t even ask where she is.”

Damn girl. Clearly this was one bored housewife who was not in love with her husband anymore. Funny though how Kris has whitewashed her past. She’s copped to the cheating but I don’t think she’s ever revealed how low she got with the lies and the partying. She wasn’t even trying to hide it. Now I understand why Khloe Kardashian used to stay away when she was younger. That doesn’t seem like the happiest, most stable household to grow up in although it could be par for the course in Beverly Hills.

Robert’s widow, Ellen Pearson, gave a full interview to the tab so it’s obvious she’s behind the release of the diaries and the Kris Jenner/cheating stories. It’s no surprise since she’s been locked in a bitter fight with Kris and the kids for the past few months. They’ve denied the existence of the diaries and claim Ellen just needs money. They are suing for copyright ownership over the alleged diary and pictures of the family

Do you think the stories could be true? Why sue if they aren’t true? Surely others have said worse things in the past, right? I wonder….