Robert Pattinson Spending All His Time With Katy Perry – Is Kristen Stewart Jealous? 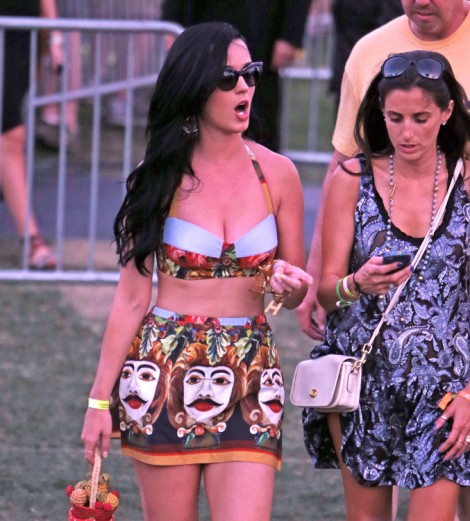 We all know Katy Perry loves playing the third wheel with Robert Pattinson and Kristen Stewart. I’m not actually sure who her real friend is in that little triangle. I’m pretty sure it’s Rob though because those two have been spending an awfully lot of time together these last few weeks and some are wondering why Kristen has been MIA.

I actually don’t think Katy’s the scamming type. I was just going to write she just got over a divorce so she needed her friends but then I remembered she actually just got through with a John Mayor relationship and that’s infinitely worse. She REALLY needs some friends. Kristen probably knows that. But when does a lot of time become too much time? Where the hell is Tom Sturridge? He needs to get his ass away from Sienna Miller long enough to play the one guy friend Rob has. Seriously. Where all all his guys? Does he have any other male friends besides Tom? Vince Vaughn took him out that one night but I guess he didn’t stick. Is Robert Pattinson the male equivalent to Kate Middleton – once he got the girl he stopped looking for anyone else?

I’m sure it’s nothing. For as much time as Rob’s been spending with Katy he’s been spending just as much time with Kristen since he’s been back from Australia. I’m not sensing too much smut here. Besides, Kristen’s got him wrapped around her little finger. I doubt he’d ever stray. I just wonder if Katy’s wearing out her welcome… that shit can get tiresome – good friend or not. She always seems like she needs a lot of attention to me. I’m not sure how she and Kristen work together. They’ve hung out on their own plenty of times but I just don’t get it. Perhaps Katy is less annoying and Kristen is less sullen with there are no cameras around.

Is Kristen Stewart jealous of the Robert Pattinson/Katy Perry relationship or does she just look at it like he’s helping out a friend? Isn’t that how Debbie Reynolds saw the whole Eddie Fisher/Elizabeth Taylor thing at first? Sorry Twihards, was that reference too old for you?