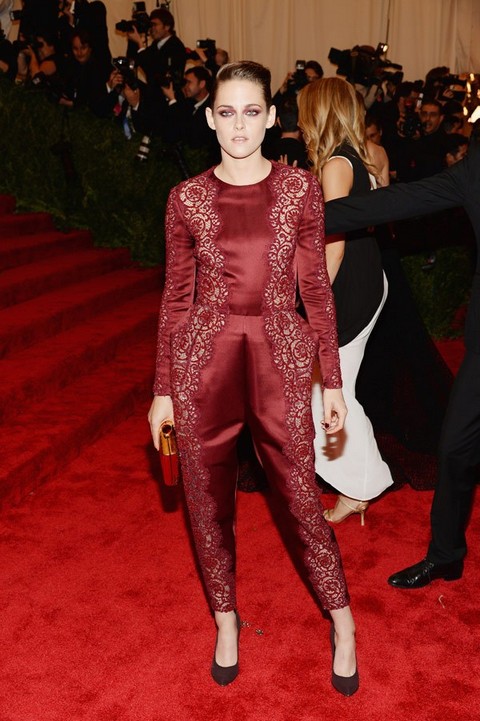 Kristen Stewart has shown up solo at yet another event. This time it was the MET Gala. Seen as the kick off for fashionable events, everyone does their best to attend. Why do you think Kim Kardashian was seen chatting up to Ana Wintour a couple of days ago. She damn well needed that invite not to be withdrawn at the last minte. So for Kristen to show up in a daring Stella McCartney pant suit all by her lonesome leaves only one  conclusion to draw. Her boyfriend, long suffering Rob Patterson, has dumped the sulky looking Trampire again.

Can we be certain that Rob has shaken loose of the disgusting cheater?  No.  But a person can hope, can’t they?  Maybe after Kristen and Rupert Sanders or his doppelganger were seen hooking up a couple of weeks ago Rob’s been doing some thinking.  Even if Kristen didn’t get together with Rupert again Rob still had to read all about it in the media and that can’t be fun. Rob’s got to say to himself, “okay Kristen gives me that kinky sex I like so much but so what, lots of other women can do that AND stay faithful.“

For many of us, we definitely saw this coming. Rob’s still young and wanting to party. Isn’t that the excuse everyone used to justify why Kristen cheated on him. Well there you go – it works both ways. She’s had her fun now it’s time for him to have his.

Besides, what is Kristen doing at the Met Gala anyway? Oh ya, she gets paid to pimp for Balenciaga.

Go away Kristen – we don’t like you and we know why.

Is it just me or does Taylor Swift look like an alien? 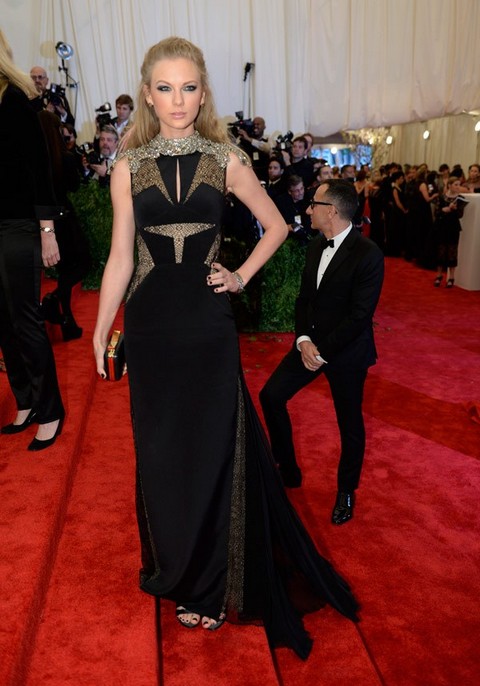