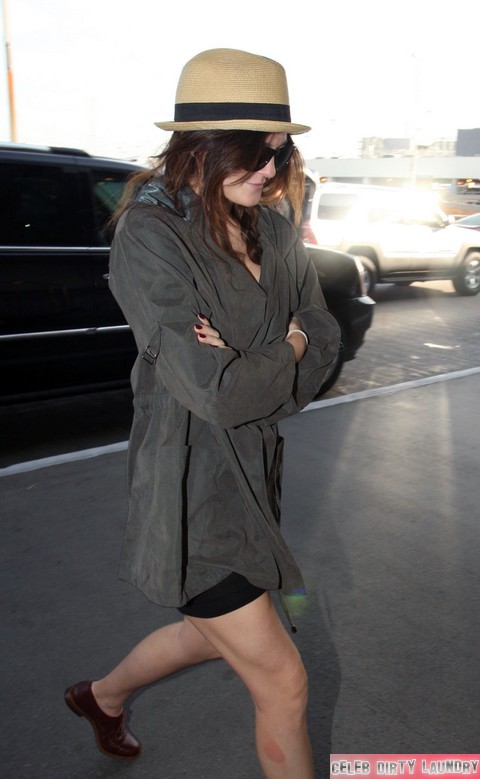 Kylie Jenner learns from the school of Kardashian hypocrisy – and it’s a large school offering a vast course selection. Kylie recently took to her Twitter to complain about the intrusive paparazzi, saying, “I just think there should be laws against paparazzi for people under 18. I do not think it should be legal for five guys in cars to follow me to school… I’m a 15-year-old girl, I don’t think five guys following me is really appropriate.”

Look, I get where she’s coming from. And if someone like Emma Watson or Jennifer Lawrence was complaining about this, then I would be empathetic. But it’s Kylie Jenner. She posts bikini selfies and half-naked Instagram pictures practically every other day. Privacy is a two way street, and I don’t think the Kardashians seem to understand that.

After all, it was Kim Kardashian just last month who posted a Twitter rant against the paparazzi, claiming that she was getting overwhelmed and she just wanted a few days of privacy before the birth of her baby. But she conveniently forgot to leave out the part where she’s the one who keeps calling the paparazzi to take pictures of her.

While Kylie hasn’t taken things that far, she’s still a Kardashian. She consents to appearing on the show, and by extension, she’s signing an unofficial agreement with the media. She can complain all she wants about children under 18 being left along, but to counteract that, I think that children under 18 should also not be appearing on reality shows. You want to be a public figure, you have to accept all the consequences of that.

What do you guys think about Kylie’s tweet? Do you agree with her, or do you think she’s being a hypocrite? Let us know in the comments.