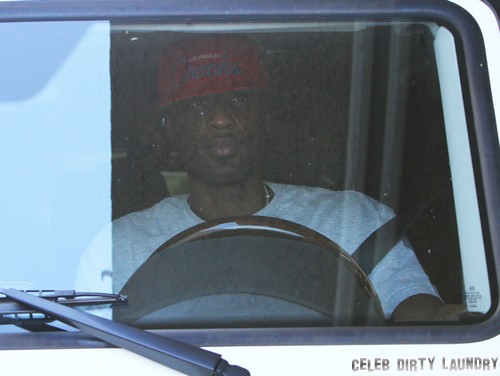 Lamar Odom‘s had a very rough couple of weeks, if the reports are anything to go by. First, a bunch of women that he may or may not be acquainted with leak details of their alleged affairs to the tabloids. Then, people he thought were family leak the information about his drug addiction to TMZ, and now, we find out that he also reportedly got into a car crash earlier this week.

Odom went missing for a couple of days, but eventually turned up again. The damage on the car doesn’t look extensive, but it is worrying that not only did he leave the house, but he decided to take the car with him. I mean, sure, he’s kicked out of the house, and it’s not really his choice anymore. But whenever serious drug addicts go missing, there’s always a worry that people will find them crashed onto the side of the road in the middle of a drug binge.

Khloe [Kardashian] and Lamar are also still struggling through their marriage and deciding on what to do. According to reports, Khloe’s sick of living with a drug addict and possible cheater, but Lamar still refuses to get treatment on anyone’s terms but his own. Neither one of them are backing down, but I do wonder what will happen when basketball season starts up again – Lamar’s not going to be able to play when he’s off binging on crack.

Either way, divorce seems to be looming closer for the couple, and it’s looking unlikely that they’ll make it through this unscathed. Of course, it’s always a possibility that Lamar gives in, but his behavior in the past two weeks doesn’t suggest that he will. 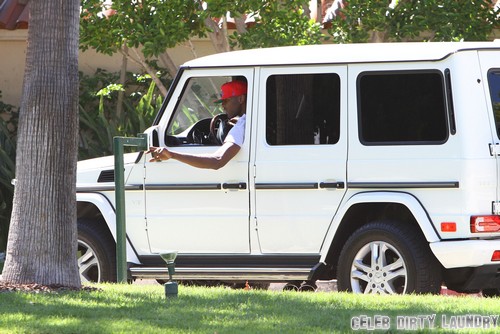