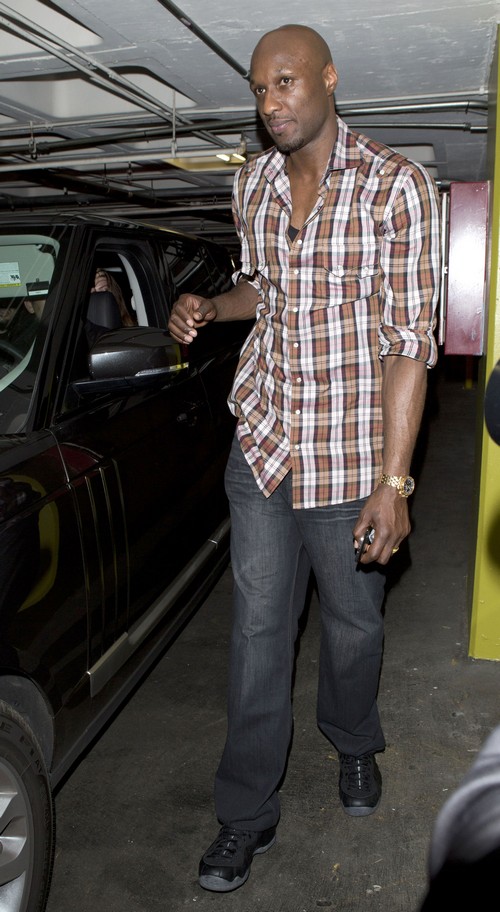 Unfortunately, this is the pattern that most serious addicts face. When they lose the support of their family and friends, they get worse, not better. And a prime example of this is Lamar Odom.

While Lamar’s been dealing with a serious drug addiction for the better part of two years, it’s seemed to get worse over the past few weeks – coinciding with the world finding out about his addiction, and his wife kicking him out of the house. She meant well, but it doesn’t seem to be helping.

According to several new reports, Lamar was once found passed out in a hotel room after a basketball game went badly, and that tendency is only spiraling more out of control. Of course, while this is going on, there are also several people who are trying to capitalize on the attention targeted towards Lamar. A woman named Sandy Schultz claims that she and Lamar have been secretly together since she was nineteen, and she wrote a long PUBLIC letter (published in full in citizenstar.com) to him, begging him to get better for his children.

Ok, first of all, if she really knows him that well, I’m sure she could tell him all this in person. Second, why would she write a public letter that everyone can see? I don’t think that would help Lamar at all, and in fact, it might even do the opposite.

Also, what right does she have to write about his children? They’re not her children, and she’s clearly just using him for her fifteen minutes in the spotlight. People like this are sickening – they’re obviously taking advantage of Lamar’s problems to gain attention, and it’s famewhoring at its worst.

What do you guys think about Sandy’s claims? Do you think she’s telling the truth, or she’s just making it all up for attention? And do you think Lamar will eventually get better, or will he just continue to get worse until something tragic happens? Let us know your thoughts in the comments.