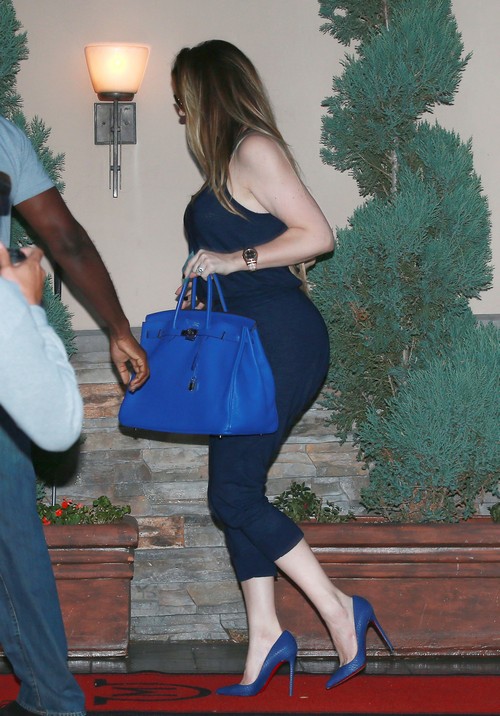 Lamar Odom has been struggling with a nasty drug habit and ignoring those who wanted to help him while apparently in total denial. However, a report from In Touch claims that Lamar is still spitting mad at the Kardashians and Kris Jenner for leaking the details about his drug struggles, and he’s planning on writing a $5 million tell-all book that will reveal all the Kardashians’ secrets in revenge.

This story sounds straight from a thriller movie plot to me, but let’s hear the rest of it first. According to the source’, Lamar believes that, “[Khloe’s family is responsible] for all the recent public drama and he believes Kris Jenner and the Kardashians planted all the bad stories about him to make him look like a monster. He’s deeply depressed and angry. He wants revenge.”

The source also adds, “His retribution could come in the form of a tell-all book aimed at exposing the Kardashian clan’s darkest secrets. If Lamar turns on the family, he could get paid a lot of money — the advance alone would be $5 million. He knows everything. It would be one of the juiciest books of the last decade.”

Apparently, some of the many topics his tell-all would discuss is Kris’ cheating on Bruce Jenner and her affairs with other men, as well as who is Khloe Kardashian’s real father.

And while I’m sure that if Lamar were to actually write a book, it would net that much money and it would possibly focus on those topics, I find it hard to believe that he would be willing to go to such lengths to get revenge. You never know, though. If he’s going to rehab then he’s going to have months of free time on his hands – what better time than to write a book getting back at those who he believes put him there?

Khloe, Kourtney, Kris, and Kendall dine out at Mastros in Thousand Oaks, California on September 11