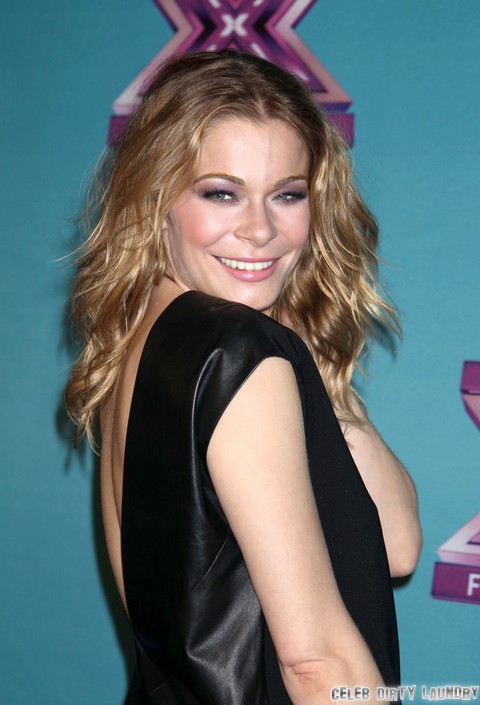 LeAnn Rimes has been playing mommy to husband Eddie Cibrian’s children for two years, and Brandi Glanville has been reminding her of her step-mother status the whole time. Many have suggested that LeAnn is obsessed with Brandi, and is going to extreme lengths to keep her cheating hubby from leaving—she’s bought him a house, and now it looks like she’s locking him down by having his baby! A source confirms that the singer is pregnant with her first child, and photos don’t lie—she looks different!

“LeAnn has stopped bleaching her hair, and is relaxing her diet to gain weight the way a pregnant woman is supposed to,” a source told Star Magazine, print edition March 4, 2013. “She hasn’t always taken the best care of her health, and she’s determined to do it right. She’s wanted Eddie’s baby ever since they got together.” Photos show the 30-year-old with dark blonde hair, dressed in loose shirts. She’s also gained weight, and her collar bone isn’t sticking out as much. Could all of these small changes be proof that she’s got a bun in the oven? Her rep denies it, but we think otherwise!

A friend says “she’s beyond excited to be having a baby,” and has been trying to get pregnant for a while. The two “have been spotted visiting the ob-gyn together in the past two months,” and LeAnn “didn’t have a single margarita in Cabo over Christmas and New Years,” even though she normally “can’t get enough!”

Though LeAnn is celebrating this new ball and chain on Eddie, hubby isn’t happy! He isn’t eager about the chance the baby will be a girl, seeing how “badly he’s always treated the women in his life.” I guess taking care of a girl would be too close to home—especially since truly loving a daughter would force him to admit what a scum bag he’s been! “It would drive him crazy trying to take care of a girl,” the insider confided. Will Eddie be a good father—again? Will a baby save his marriage? Is LeAnn emotionally stable enough to be a mother?