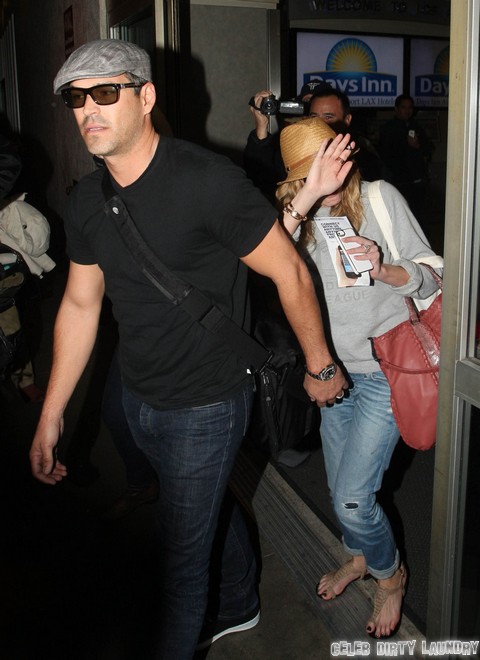 LeAnn Rimes and Eddie Cibrian are not what you would call A-list celebrities, so when a story originated in Star Magazine about LeAnn’s supposed pregnancy, it definitely set off alarm bells. It’s either true – in which case, good for you Star Magazine or LeAnn’s team is working overtime to make her relevant again.

The quote from Star is, “LeAnn Rimes has stopped drinking, started eating better, and is letting her blonde dye job grow out, and it’s not because she’s on some crazy health kick — the 30-year-old country singer is pregnant!” The magazine also added that LeAnn and Eddie were, “spotted visiting the ob-gyn together in the past two months, and insiders confirm they’re expecting.”

Gossip Cop claims that they have confirmed with both Eddie’s and LeAnn’s publicists who say that this rumor is incorrect. But who believes Gossip Cop or publicists? Now, while it’s true that tabloids love to make things up, they can’t exactly go around saying that the actual person they’re making up rumors about told them these aforementioned rumors, can they? No, of course they will have to say it was ‘friends’ or ‘sources close to’ so they don’t get sued.

But there is a very good chance LeAnn’s and Eddie’s reps released the lies about them expecting in the first place. It creates news and interest surrounding Eddie and LeAnn that didn’t exist before – ‘Is she pregnant, or is she isn’t she?’ headlines will scream, because if there’s one thing America loves, it’s pregnancies and a baby watch. So if it is a calculated move, well played LeAnn Rimes and Eddie Cibrian.

Leann is desperate for a win and even more desperate to take the spotlight off Brandi Glanville’s tell-all that paints her and Eddie in an extremely unflattering light.  What better way than a pregnancy?