Leonardo DiCaprio Advises Robert Pattinson To Stay Away From Kristen Stewart, Live Like Him! 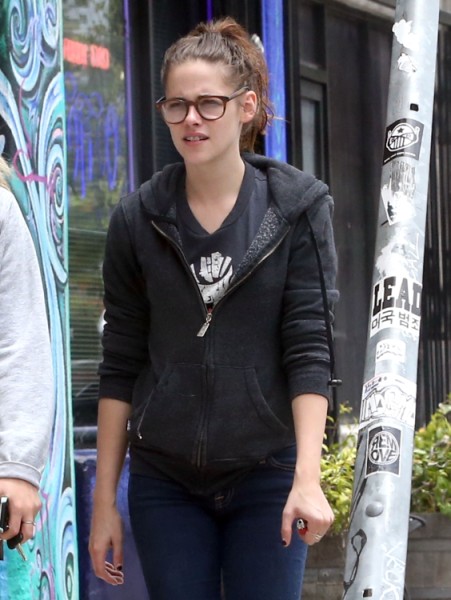 As far as advice goes it’s not the worst, right? Who wouldn’t want to live like Leonardo DiCaprio? Robert Pattinson should be taking notes at this point and saying “Thank you sir may I have another.” But he didn’t listen to Leonardo DiCaprio’s advice before so why would he do it now?

Do you remember before? After the Rupert Sanders shit storm Leo was all, “Leave that skank ho!” And Rob was all “But I love her” or something equally lame and Leo probably just laughed and went back to whatever he was doing with whatever model at the time.

But Leo’s taking a page from Gwyneth Paltrow and gooping his how to get over a broken heart advice all over the young heartthrob. He’s invited Rob to take his talents to South Beach and screw all the models in his portfolio to get over Kristen for good. “Rob’s been mooching around LA and staying on friends’ couches. Leo rang him and told him to have a shave, put on some nice clothes and rent a house near him in Miami for the summer. He told Rob he’s too young to settle down and ought to sow his wild oats. Rob’s the sort of guy who has long-term girlfriends and doesn’t play the field. But Leo’s right — he’s miserable in LA, where there are too many memories of Kristen and mutual friends they have in common. He’s going to go down to Miami, put on a smile and see what happens. Leo’s in Europe right now but he’s heading back to the States later this week. He’s determined to fix Rob up with one of the models he has in his phone book,” a source told The Sun.

Is there anyone else out there who thinks Leo couldn’t give a shit about Rob or his love life? The media created this bromance last year and it’s so odd that it’s sticking even though no one has ever seen these guys together. Rob just doesn’t seem like Leo’s type, right? But the media plays up the fact that he hates Kristen Stewart. He’ll practically do anything to keep Kristen and Rob apart. What’s he got against bedraggled ‘ole Kristen. She’s not much his type either. She’s not particularly tall or blond. She doesn’t giggle and probably wouldn’t fawn over everything he said. And, although Leo looks like he could use a good shower every now and again, you get the feeling he likes his models to be super hygienic. Let’s face it, Kristen is no Blake Lively and if Leo was going to condone any actress it would only be her or someone just like her – bubbly, blond and boobalicious. So… ya I get why Leo’s not necessarily a fan of the couple but he’s busy wooing a new model in Europe right now. He’s impressing her with all his smarts. Aren’t Kristen and Rob the last things on his minds? Who knows? Maybe Leo’s a multi-tasker.