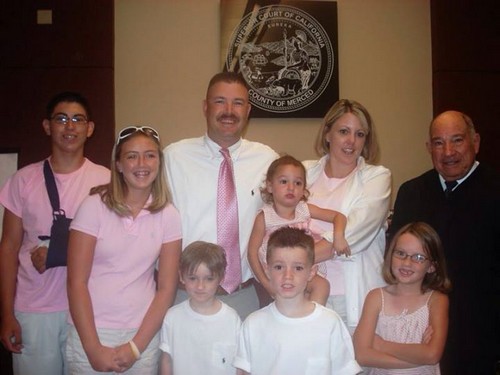 Monday marked the end of an emotionally and financially draining nightmare for Kimberly and Lexi Smiley, when a Los Angeles court dismissed the invasion of privacy lawsuit filed against them by LeAnn Rimes. This same lawsuit had previously been dismissed without prejudice which allowed LeAnn to refile the case, which of course she did. This time the dismissal prevents LeAnn from refilling the case … and so it was a victory for the underdogs!!!

In the past few months it was not lost on those of us following the case that LeAnn had been avoiding the mandatory deposition for her lawsuit like the plague. This is highly unusual behavior for a plaintiff – unless of course that plaintiff is scared or has something to hide. In September a motion was filed on behalf of the Smiley’s to have the lawsuit dismissed under the “unclean hands” law in California – which “prevents one party to a lawsuit from receiving a particular outcome to a case because that party has also engaged in bad behavior.” Basically it means that because LeAnn behaved badly during the conversation, she lost the right to sue the Smiley’s.

I heard parts of the now infamous phone call and LeAnn did behave badly, but what was worse than the way she carried herself during the conversation was how she initiated contact with the Smileys. LeAnn had blocked the Smiley’s from her Twitter because they followed a Brandi Glanville supporter and later Brandi herself (I know right … what is she like 14 or something). The Smileys also had LeAnn blocked and their accounts made private, LeAnn found a way to access their private tweets and private information (ummm now that sounds more like invasion of privacy don’t you think), which she used to initiate the call (and also threatened the Smiley’s with during the lawsuit). LeAnn placed the call while in a public restaurant, with the phone on speaker, and began with this ever so charming opening: “Hey this is LeAnn bitch you have 5 minutes to say whatever you want to me.” LeAnn proceeded to cuss her way through the 55 minute conversation, and the Smileys – who were no doubt taken aback – were recording the call once they began to feel threatened. Somehow that recording made its way to the web, which is when LeAnn initiated her lawsuit against the Smiley’s.

Since the lawsuit was made public the Smiley’s found solace and hope in the support of friends and strangers that rallied together, to get the truth of the events out there, and also helped to raise money to cover the Smiley’s legal fees. Fast forward a year and seven months we saw the first signs of the end of this absurd lawsuit when Kimberly posted this message on their gofundme website 5 days ago: 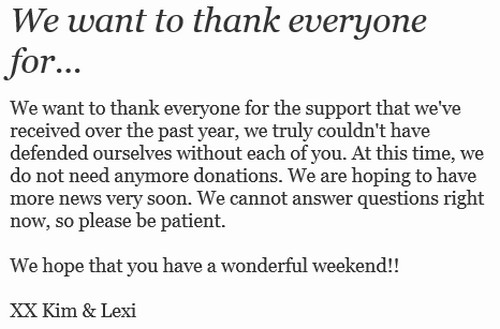 The news of the dismissal went public today, and twitterverse was bursting with words of joy, excitement, and happiness for Kim and Lexi at the long overdue good news. Despite the fact that there were some Twitter users tagging both Kim and Lexi in posts that were pro LeAnn and anti Smiley (yeah @irene_sybil I am talking about you), I do not doubt they are celebrating the end of this lawsuit, and probably feel like they can once again enjoy life without the dark cloud that LeAnn cast over their lives.

But let’s be clear LeAnn did NOT drop the lawsuit against the Smiley’s it was dismissed – BIG DIFFERENCE. Details of the dismissal were not released but likely it was dismissed because LeAnn kept refusing to show up for the depositions, or because both parties agreed to a settlement. Whatever led to the dismissal I for one am glad that this nightmare is over for the Smiley family. LeAnn was angry and took her hurt out on them, by trying to make an example out of them. This dismissal doesn’t undo the damage that LeAnn has already done to this family, but at least they can begin to heal and move on, which is more than I can say for LeAnn. 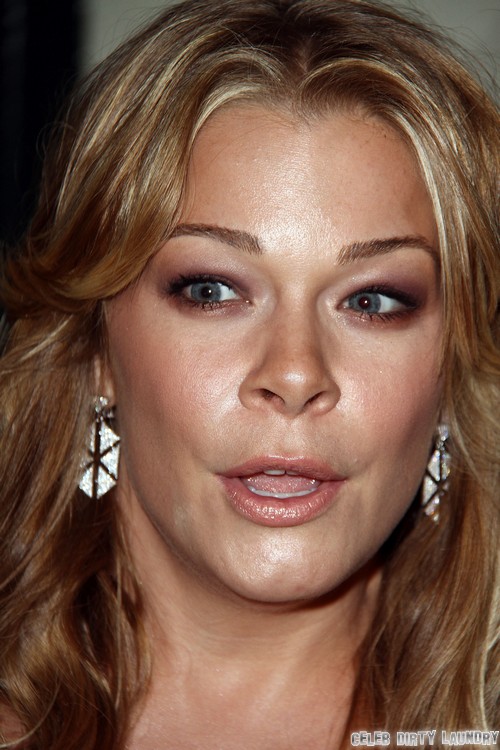