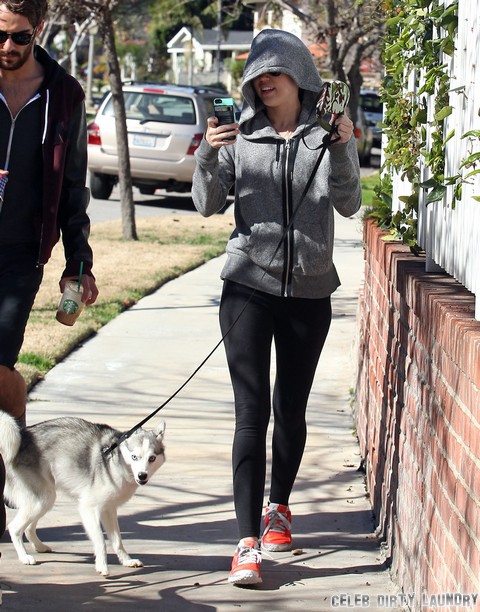 Miley Cyrus has been sweetly coy about her wedding plans with longtime boyfriend turned fiancé Liam Hemsworth. The two got engaged last summer, and have been on wedding watch ever since. It was rumored the pair were planning three weddings, but Miley slashed that rumor during an interview with Ellen Degeneres. She promised no white dress would be worn until after the release of her new album, which is due this year.

But in a super-confusing twist, Miley referred to Liam as hubby in an interview with Cosmopolitan Magazine, and then called herself married! “That’s my hubby,” Miley said to a friend while sharing a photo on her iPhone. Later in the interview, Miley joked with her single guy friends: “I’m so happy I’m married, because you guys are cruel!” Did Miley and Liam pull off the most successful secret wedding in Hollywood history? Liam says no!

Hemsworth’s rep told People Magazine that the two are “definitely NOT married,” which seems trustworthy! How on earth could they keep the ceremony secret? Besides, any legal documents would be public record, right?

This means that we have some time to prep ourselves before the big day. While the couple haven’t talked seasons—or even years—yet for their wedding, we have a few mile markers that will clue us in. First, Miley’s album! “It’s almost like being a new artist and trying to make a first impression,” she said of the album to Cosmo. While I’m pretty sure it’ll be a smash hit, Miley’s team seems hesitant about what her schedule will look like post release. Will she set off on tour again?

We also know to keep an eye out for random gathering of celebrities—thanks to Blake Lively and Ryan Reynold’s sneaky affair last year. We were none the wiser, until a caterer leaked the story and then we realized that every star had up and flown to South Carolina. Just keep an eye on celeb migration patterns—when they all head towards Tennessee (where many expect Miley will head for a quiet, secluded wedding), you’ll know!