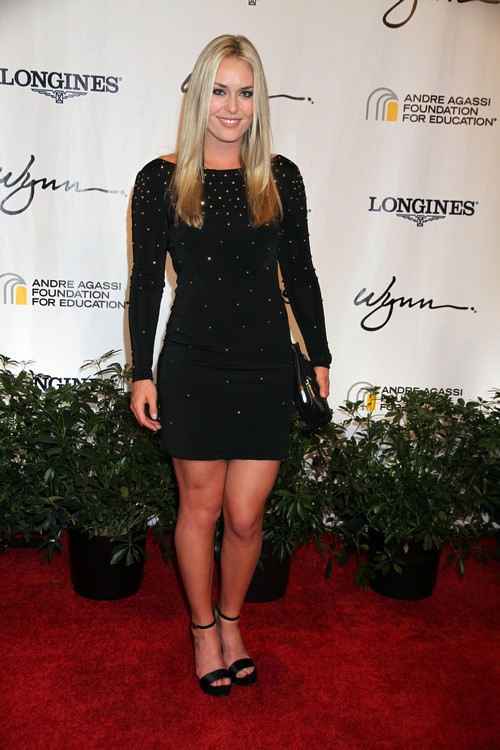 Back in the day, Tiger Woods was one of the most popular sporting heroes in the world. His record breaking success as a professional golfer, his unorthodox demeanor, and his eclipsing personality made him one of the most significant celebrities in history. Unfortunately, as with all major celebrities, Woods’ personal life tossed him into a room and gave him dead publicists for dinner.  After several years of cheating like it’s hot, Woods literally fell on hard times and sad orgasms. A cheating scandal erupted with such intensity that it made volcanoes look like pimples on a 9th grader.

Sadly, old habits die hard. Woods’ new lover, Lindsey Vonn, is certain that he is cheating on her with his ex-wife, Elin Nordegren. We wouldn’t put it past him, especially since he is a self-confessed sex addict with an overused golf club and a dead Kardashian in his pants. According to the National Enquirer report, “Tiger says that Lindsey is convinced he’s cheating on her with Elin. She feels betrayed and believes he is still in love with Elin. Tiger says Lindsey told him if he can’t get Elin out of his mind, maybe he should go back to rehab for more therapy.”

The Enquirer alleges that when Vonn, Woods, and Nordegren attended “the former couple’s daughter Sam’s T-ball game last month”, Vonn had an epiphany and a corn dog. This eureka moment laced Vonn’s paranoid brain with images of Woods and Nordegren having sex in bed, on the bed, around the bed, and under the bed.  She allegedly suffered “a breakdown” and went to go sulk in Woods’ car.

We don’t blame her.

Woods has already proven to the world that wood is better than a nine iron, so we don’t hold Vonn responsible for being paranoid and insecure and smelling like a corn dog dipped in tears.