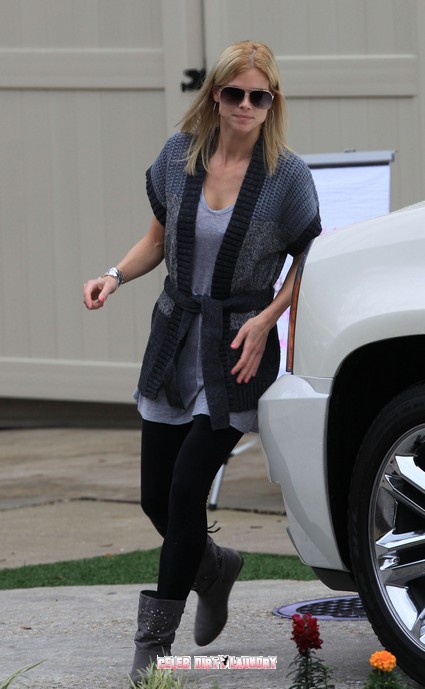 One consequence of Tiger Woods multiple affairs while married to Elin Nordegren is that she has lost trust in men and won’t have sex with her boyfriend Jamie Dingman.  Elin told her new man, wealthy financier Jamie Dingman that there will be no sex until she’s sure of his intentions – and Jamie has agreed to play by her rules. Looks like the financier is making a long-term investment.

Insiders say that Elin, 31, has a hard time trusting men as a result of Tiger’s serial cheating.  She’s also worried that Tiger might try to use any relationship she has with a man as grounds to go after custody of their kids, daughter Sam, 4, and son Charlie, 2.

“Elin’s being extra careful and even insisted that Jamie travel to Sweden in June to meet her parents, so she can get their opinion of him before letting their relationship go any further,” a source said.  “She was impressed when he actually showed up!”

Supposedly Tiger freaked out after photos surfaced of Elin and Jamie enjoying a big kiss in Stockholm.