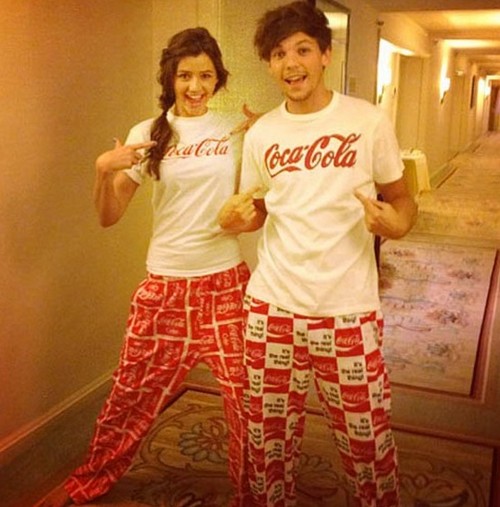 Following in the footsteps of Zayn Malik and Perrie Edwards, is Louis Tomlinson ready to propose to longtime girlfriend Eleanor Calder? Louis and Eleanor are the one couple in One Direction that’s managed to stick together through the thick and thin, and unlike Zayn and Perrie, there aren’t cheating rumors plaguing their relationship.

I don’t really get what the rush for all of them to get engaged so quickly is, but they’re young and they’ll realize their mistakes soon enough.

A source tells UK’s Daily Star, “Louis and Eleanor are already practically engaged, really. They’ve always been very open when it comes to talking about marriage, and often discuss what kind of wedding they’ll have. Now that Zayn and Perrie have got engaged, it’s naturally cropped up even more…so Louis thinks it’s time to make it official.”

The source adds, “In November, it’ll be two years since they fell in love, and he’s told pals he thinks it’d be a perfect time to properly ask her to marry him. He really wants her to know just how important she is to him.”

Well, Louis and Eleanor have been dating longer than Zayn and Perrie, and if those two can get engaged, I’m sure it occurred to Louis and Eleanor that they can also get engaged. But these kids really should take a look at Miley Cyrus and Liam Hemsworth first, and then decide whether they want to get engaged at such a young age. They’re so young, and they all have so much growing up to do. Look at Harry Styles – he’s enjoying his new found fame, and he knows he’s not ready to make a commitment so he doesn’t bother. Now, I’m not saying the boys should sleep around, but they should probably slow down with the whole engagement/marriage thing.

What do you guys think? Do you agree? Let us know in the comments.