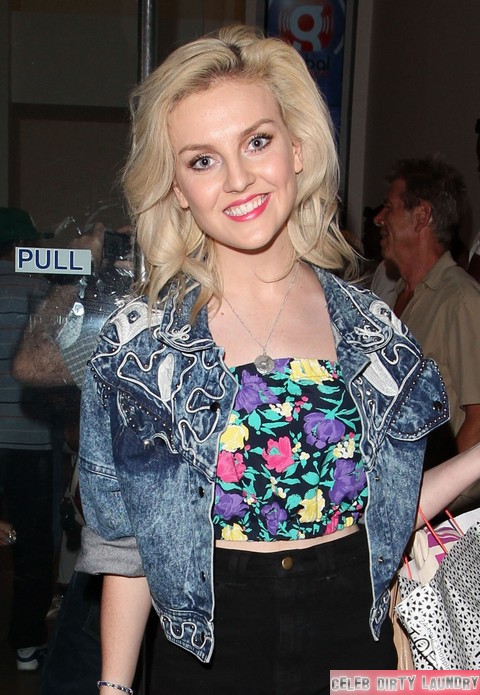 Zayn Malik‘s girlfriend Perrie Edwards will supposedly stay with her cheating boyfriend due to the fact that he is worth over $13 million. The outrageous claim was made after the two met up to discuss what had happened on Wednesday morning when Australian waitress Courtney Webb took pictures of Zayn sleeping in his bed before telling the media she slept with him without knowing he had a girlfriend. Perrie has already forgiven Malik for cheating on her, The Sun reports.

This makes you think how a woman could – not only – have such little respect for herself but also find it in her heart to forgive him so quickly. It was only yesterday that the story broke and judging by how surprised Malik was that the news got out, we’d say that he was trying to prevent it from ever coming out to the world. Ugh! Zayn was in France for the NRJ Awards with his One Direction boys but jetted home a couple of hours later once the story broke with photographic evidence.

In case you’re not too familiar with Perrie – she’s a member of the British girl group LittleMix, who won the UK’s version of X Factor in 2011. You’d think that the money she is making from the band is enough for her to show people that she’s not just staying with Zayn for the cash, but clearly she is — we can’t find any other reason as to why she would easily forgive someone after just a day! There is nothing he could say that could make something like that right. We can already imagine Zayn telling Perrie that he had a little too much to drink and things got out of control… a man’s first excuse. I’ve been there, done that! Ha.

“Perrie’s still deeply in love with Zayn. She’s very unlikely to end the relationship after this episode. The fact that they are physically together speaks volumes. It looks like she’s willing to give him a second chance,” a source explained. “Her friends and bandmates know she’s head over heels in love with him. But she’ll certainly be keeping a closer eye on him after this incident.”

I’d like to think Ms. Edwards is a classy lady, having watched her on the X Factor, but the way she’s handling this situation is ridiculous. Sure, she may be in love and doesn’t think it’s something worth breaking up for, but just like Chris Brown… once a cheater, always a cheater. And also in Chris’ case.. once a beater, always a beater. Just to make sure no one EVER forget what he did to Rihanna.