Machete Kills Trailer Review: Over-The-Top Fun Or Too Much Crazy? 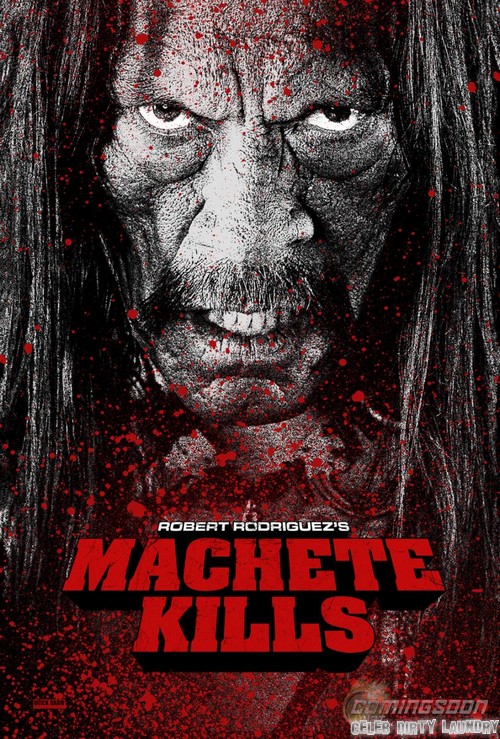 The first international trailer for ‘Machete Kills’ has been released online, and it practically redefines the phrase ‘over-the-top’.  The trailer starts fine, with Danny Trejo’s Machete being saved from an execution by a simple call from the President of the US.  From there, the trailer gets progressively more insane, with a cameo from Charlie Sheen playing the President of the US [!!] and then Sofia Vergara blowing up a building with her boob guns. That’s right, boob guns. It’s ridiculous.

See, there’s only two ways these types of films go: amazingly hilariously awesome, or amazingly hilariously awful. That being said, the first ‘Machete’ had a very similar tone and managed to score with audiences and critics because of being ‘messy, violent, shallow, tasteless’. From the trailer, it very much looks like ‘Machete Kills’ is going the same way.

Plus, there’s plenty of star wattage in these films. Rodriguez tends to work with the same actors again and again, and it builds a loyal group of actors who are willing to work with him on anything. Michelle Rodriguez and Amber Heard have both worked with him before, and Danny Trejo obviously is a long-time collaborator. There’s also Charlie Sheen in a hilarious scene [president!], and there’s also Jessica Alba, Sofia Vergara, and Mel Gibson. Now, Mel’s not a big enough part of this movie to be a detractor to his haters nor a draw to his fans [if he has any, which I doubt].

Overall, it looks like ‘Machete Kills’ follows the tone of the first movie to a T – over-the-top, cringe-worthy, overtly violent, probably tasteless, but ultimately fun for fans of the genre.  Let us know what you think of the trailer in the comments.