Margot Robbie Denies Will Smith Cheating Rumors As False – Do We Believe Her? 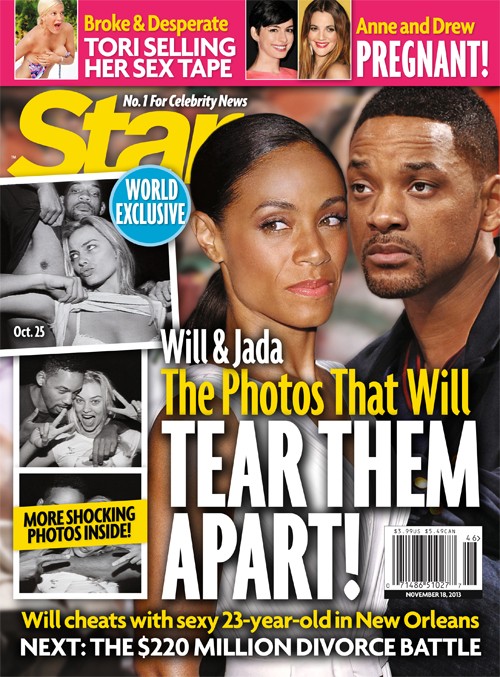 Despite the tabloid bonanza reporting on Will Smith‘s alleged affair with his Focus co-star Margot Robbie, Margot has taken to Twitter to clear up the rumors.

She tweeted earlier today, “Been working nonstop, just catching my breath. There’s absolutely no truth to the ridiculous rumor in Star mag. It’s disappointing that goofing around on set could be taken so out of context.”

The rumors first sparked when a series of photobooth pictures showing Will and Margot were released, which had them ‘goofing off’. Several of the pictures showed Margot lifting her shirt, and Will looking plastered out of his mind. Now, I don’t know the full story, but I assume it was a party and they were drunk, and they decided to get silly in the photobooth station as many friends do. However, I can’t completely defend them here, because those pictures looked pretty intimate, and for people who had no background on the circumstances, they would assume something was going on between Margot and Will. Let’s not forget that a supposed eyewitness saw the two head off to Will’s trailer where they allegedly spent the night together.

That being said, another source told US Weekly that there was nothing going on between Margot and Will, explaining, “That was a photo booth on set that the producers got for everyone. It was the last day of filming and everyone was taking pictures. They were just goofing around. Will is just like that. There’s nothing more to it.”

Well, US also claims that everything is completely ‘fine‘ between Will and his wife, Jada Pinkett Smith, even though she stepped out without her wedding ring the other day. So I wouldn’t necessarily believe everything they’re saying, especially since they seem like they’re just giving the publicist’s message in this case. Even if there’s nothing going on between Will and Margot [in which case, stop taking ‘goofy’ photobooth pictures], I don’t believe that Will and Jada are just fine. They’re not going to divorce, but they could easily be going through a bit of a rough patch.