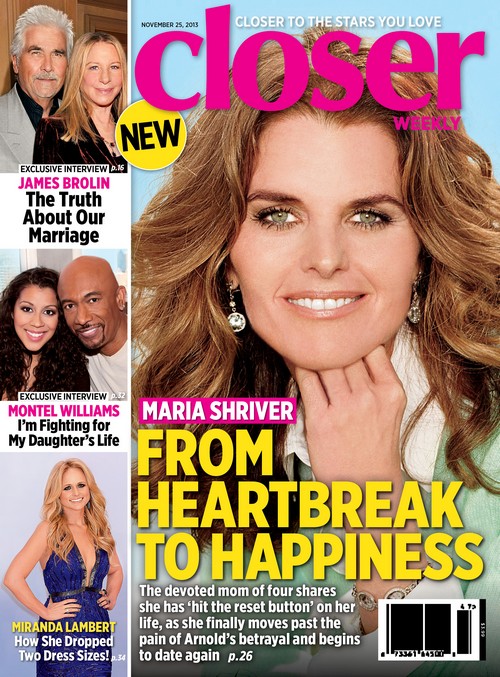 The latest cover issue of Closer Weekly delves into Maria Shriver‘s life post-Arnold Schwarzenegger. According to the exclusive interview, Maria has finally hit the ‘reset‘ button on her life, and is moving on from all the controversies and pain in her past.

We all know about Arnold’s affairs and the effect that they had on Maria, and there was even a glimmer of possibility that the famous couple might get back together after news of the affairs leaked. Alas, Maria simply couldn’t look past Arnold fathering a child with another woman, and that reconciliation never happened.

It’s been a few years since the scandal broke across the world, and Maria has finally started to open up about that part of her life. According to the report, it took Maria several years to get past the pain and humiliation that Arnold caused her, but the ‘devoted mom of four‘ has finally started to move on.

She’s reportedly started to date again, having finally gotten over Arnold’s betrayal. As a Kennedy, there’s no doubt endless numbers of suitors vying for Maria’s hand, but I have a feeling she’ll be a lot more picky this time around.

Closer also has a feature on Miranda Lambert‘s weight loss, and how she managed to drop two dress sizes within three months. You know, because that’s apparently a good thing?

There’s also another exclusive interview with James Brolin, and his version of the ‘truth’ about his marriage to Barbra Streisand. Despite rumors of trouble between them, James clear up any doubts and reveals what’s actually going down in their relationship.

What do you guys think about this week’s Closer? They’re certainly getting into their groove, especially with two exclusive interviews with major celebrities. Let us know your thoughts in the comments.