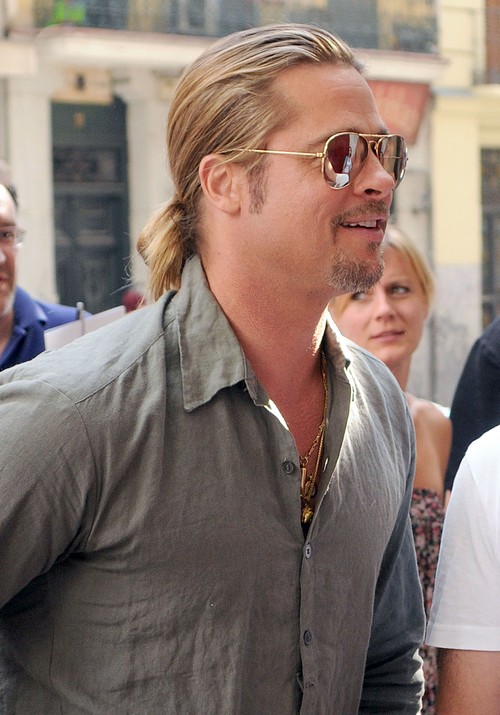 Can you imagine? During the Hollywood Reporter Producer’s Roundtable, Mark Wahlberg revealed that he wanted to produce Fifty Shades of Grey. Well, Marky Mark is a power producer now, and I’m sure he was seeing dollar signs in his eyes when he attempted to acquire the rights.

He revealed, “I almost fired my agent Ari [Emanuel] over [Fifty Shades]—not because I wanted to play the part. We were aware of the book from very early on, and we were close to securing the rights, and then we get into this bidding war. We were so close to having [it]. That was one of the few times I was going to fire Ari.”

Why would anyone ever admit to wanting to produce this? Seriously?! And not only that, but Mark also adds that he thinks the character of Christian Grey looks a lot like Brad Pitt. Well, that’s sort of true – but any movie star with good looks would have fit the description just fine. Ironic really, because Charlie Hunnam is often compared to Brad Pitt, and we all know Charlie’s history with the series. And also, Brad would probably rather be caught hanging out with Jennifer Aniston by the tabloids before having anything to do with Fifty Shades of Grey.

Mark also comments on the reason he went into producing, which he says is because he never got any of the good acting roles right away. He explains, “I wanted to produce because I was never going to get the script first. I had to wait for Brad Pitt to pass.”

A dash of self-awareness combined with a dash of arrogance – sounds like Mark Wahlberg to me. Again, it’s not clear whether he’s jealous of Brad Pitt, but it’s obvious he’s still bitter about losing the rights to Fifty Shades of Grey. Again, dollar dollar signs. It’s the only reason, folks.