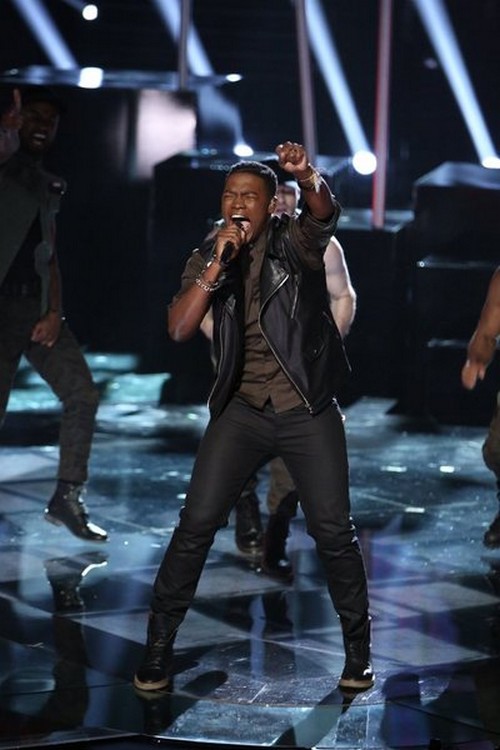 Matthew Schuler took the stage tonight on THE VOICE for his Top 6 video performance.  Matthew Schuler sang “Story of my Life” by One Direction.  Tonight’s show the remaining artists from each coach, Christina Aguilera, Adam Levine, CeeLo Green and Blake Shelton team performed live for America’s vote and the chance to move on to the Semi-Finals.

Judges Comments: “Christina says that she loved Matthew’s song choice and that he always has a way of making a song his own; when the choir came out with him he made such a special place and thinks the stage suits him so well.  Adam says he isn’t familiar with the song but is now; every time he goes on stage he always impresses him and loves how he always does different things.”

[Comments will be uploaded once they are released]  Did you see Matthew’s other song he performed tonight “When a Man Loves a Woman” by Percy Sledge?  If you missed it, you can catch it right here.

On last week’s show Matthew sang “It’s Time” and the judges loved her performance.  The judges said this about her performance,  “Christina says that she loves from Matthew is how he sings with how he really feels and it connects really well; she loved how the song spoke the truth of how he felt. CeeLo says that the song is something he really believes in and that Matthew should keep being himself.”