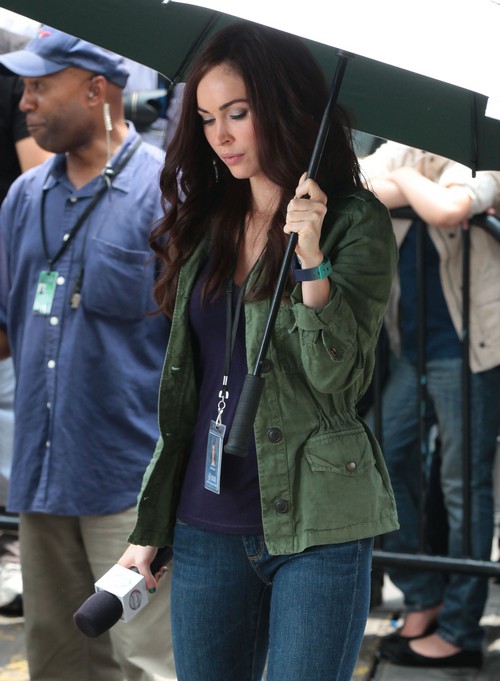 Their relationship survived rumors of infidelity, with Transformers co-star Shia Lebeouf, and a string of box office garbage, but they married in 2010.

Publicist Leslie Sloane Zelnick, confirmed “Megan is expecting her second child with her husband Brian, they are both very happy.” Fox and Green, who married in 2010, already have a 9-month-old baby son, Noah. Fox has recently been filming Teenage Mutant Ninja Turtles with Transformers director Michael Bay. Fox has said that motherhood has changed her perspective on her career. “I recognize the blessings when they come . . . the ultimate satisfaction for me is being with my son.”

Fox claims to be shy, insecure, and anti Hollywood, but marrying an actor at such a young age proves otherwise. We’re unsure if expanding your family, before expanding your Hollywood resume is such a great idea, but Megan will always be invited to lie on the silk sheets of any casting couch. Her impeccable beauty coincides with her privacy addiction, but we’re happy for the new parents.

Hollywood wants Megan to win, but she’ll need a lot more babies and hit movies to breathe the same air as Angelina Jolie, regardless of how pretty she is.  Was this new baby intentional, or a drunken fluke like the rest of us?  Is Michael Bay secretly jealous because Megan Fox will be busy drinking vegetable fruit juice to avoid eating,  (a size one is inexcusable in this town…even if you’re pregnant) instead of promoting his new film?