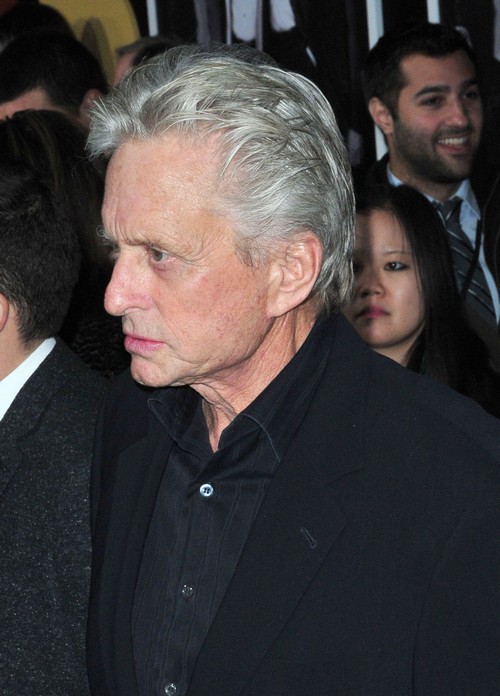 After officially announcing that they were taking a break from their marriage last summer neither Michael Douglas or Catherine Zeta-Jones has filed any type of legal paperwork to dissolve things and in recent months, he has seemed pretty hopeful for a reconciliation. We have seen Michael out and about, attending red carpet events and yachting in his free time while Catherine has been far less visible. It has been rumored that she is the one who wanted the time apart after Michael’s comments to the press about getting tongue cancer from oral sex with a woman who had HPV. It has been assumed that his wife was indeed that woman and the speculation mortified Catherine.

For years now, Catherine has turned to alcohol whenever there is stress within the marriage and that over-indulgence tends to trigger her bipolar disorder which then lands her in a hospital for a “tune up”, as she calls it. It’s truly a vicious cycle that they both likely needed a break from. Michael seemed pretty grateful to be off the crazy train at first, but now according to the Mirror, he is doing everything in his power to win his wife back.

The actor must realizes that the little things really add up to a lot for Catherine because he makes a trip to her penthouse overlooking Central Park every morning just to make her pancakes! The actor is said to be completely committed to repairing their marriage but Catherine is still sitting on the fence, wounded by her husband’s words and insinuation to the press.

Do you think that Catherine will eventually crack and let Michael back into her heart and the couples’ home? She clearly is the one whose life has most been affected by the separation. Photos of Catherine in recent months have her looking very skinny and she appears to have aged ten years. Clearly the toll has been heavy, do you think that a reconciliation is really in the cards here? Tell us your thoughts in the comments below!