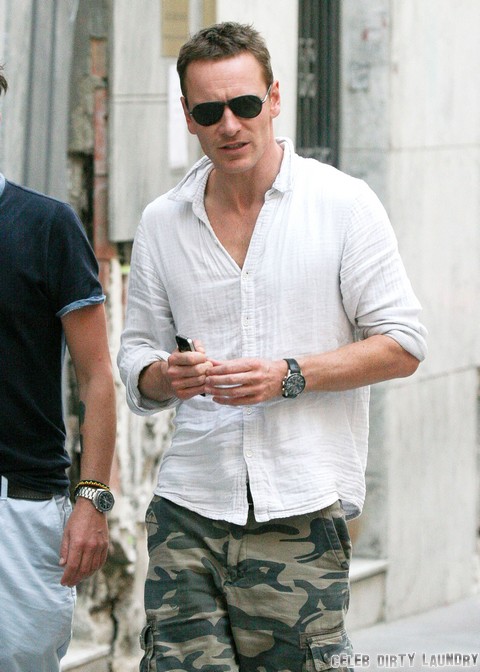 Zoe Kravitz seems to have a hypnotic pull over all of her ex-boyfriends, at least judging by the number of times she gets back together with them. There have been rumors that Zoe has been ‘re-connecting’ with exes Penn Badgley and Michael Fassbender, and now it seems she’s stuck in a conundrum as she decides who to stay with for good.

Zoe and Michael first broke up way back in 2011, but they’ve been getting back together every so often, and have reportedly been ‘hooking up‘ steadily since last month. A report from Star Magazine claims that, “Zoe initiated the reunion. She finds him physically irresistible’. Well, she and the rest of the world.

However, Star’s report also adds that since Penn is also back in her life, he’s asking Zoe to make a final decision on whether she wants him or Michael in her life. The source explains, “He’s pushing Zoe to make a decision between him and Michael.” Alas, I don’t think Zoe would ever be so material, but the source also adds that Zoe’s attracted to Michael’s ‘A-list status‘ and ‘Oscar buzz’.

Um, her father is Lenny Kravitz. I think there’s enough ‘A-list status’ in her life, and I don’t think Zoe would ever be that desperate. But even then, on a purely physical and emotional level, most people would agree that Michael has more sex appeal and he and Zoe did date longer than she and Penn did, especially when you take into account their constant reunions over the years.

What do you guys think? Do you think Zoe should get back together with Michael or with Penn, or should she just go find someone new to date? Let us know your thoughts in the comments.