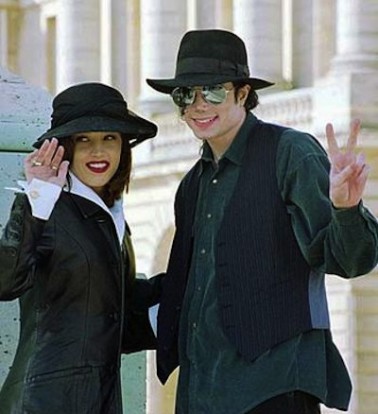 Lisa Marie Presley is on the witness list and set to testify in Michael Jackson’s $40 billion wrongful death case and she may very well be the key to everything. Lisa Marie knew Michael since she was 7 years old and the two were very close for most of their lives. She knew about Michael’s vices and because it’s a civil trial she may be asked under oath all of the intimate and tough questions. According to the May 20th print edition of National Enquirer Lisa Marie may very well be grilled over her sex life with the fallen star as well as the real paternity of his three kids.

She and Michael were married for 20 months back in the 90’s but never had any kids together. He went on to reproduce with glorified baby mama, Debbie Rowe and Lisa Marie is currently on her 4th messy marriage. It’s believed that Lisa Marie may hold the key to a lot of Michael’s secrets and everyone seems pretty anxious to hear her answers to the touch questions. In the past she has admitted that she believed that Michael was addicted to Demerol near the end of their marriage and that he feared he would end up overdosing like her father had.

It seems pretty clear that Michael knew that he had a drug problem for years leading up to his death. It’ll be interesting to see if that fact ultimately makes a difference in the wrongful death suit. Any way you look at it there are definitely going to be some bombshells coming out of this trial. Do you think that Lisa Marie will tell the whole truth while under oath or will she be holding a bit back? Tell us your thoughts in the comments below!