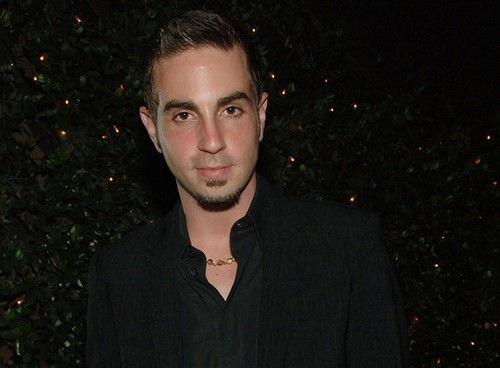 Wade’s lawyer, Henry Gradstein, says, “Last year, on a career trajectory that was off the charts, he [Wade] collapsed under the stress and sexual trauma of what had happened to him for seven years as a child. He [Wade] lived with the brain washing by a sexual predator until the burden of it all crushed him.”

Henry claims that Wade was threatened by Michael and told, “If anyone ever finds out about what we did we will go to jail for the rest of our lives, and our lives will be ruined forever.”

Henry adds that the threats worked on Wade, explaining, “This kind of intimidation of a child by a sexual predator is tragically characteristic and effective, keeping them quiet about the abuse – often for a lifetime. Michael Jackson was a monster and in their hearts every normal person knows it.”

This contradicts all of Wade’s earlier claims that MJ was innocent, and in fact, Wade was actually a major witness in Jackson’s defense at his 2005 molestation trial. He always maintained that MJ was innocent and never touched him. Of course, Wade’s lawyer now claims that Wade only did that because of the threats and because he had ‘repressed’ all the memories.

So we can look at this case from two points of view. First, either Wade is lying for money – this scenario is not out of the norm, and there are still many young boys [including other Neverland regular Macaulay Culkin] who insist that MJ was innocent and did nothing to them. Also, it would explain why Wade is only coming forward now, even after standing witness to MJ’s defense in 2005.

Second – Wade is not lying, and he felt that since Michael was no longer alive, he’d be safe in coming forward about the case. Unfortunately for MJ’s family, this scenario is more likely. While the timing is certainly suspect, especially in terms of it being a blatant money grab from Wade’s side, there are too many precedents to support Wade’s case. Michael is no longer there to defend himself, and his witnesses have certainly dwindled over the years.

Do you guys think that Wade is lying? Or is Michael Jackson guilty of yet another molestation and sexual abuse case? You know, I don’t think a lot of people can deny that Michael Jackson had an issue with young boys, and I think a lot of people can easily believe that he molested a lot of them. However, I do think he was a gentle man otherwise, and I doubt he could have gone as far as to hurt them. Now, Wade’s usage of the words ‘sexual abuse’ could mean molestation and touching, or it could be something more – I guess we’ll find out as more details of this case are released.

Our Pals At Celebrity VIP Lounge Explain How This Legal Wrangling Is Going To Get Really Nasty! CLICK HERE To Get The Inside Scoop!