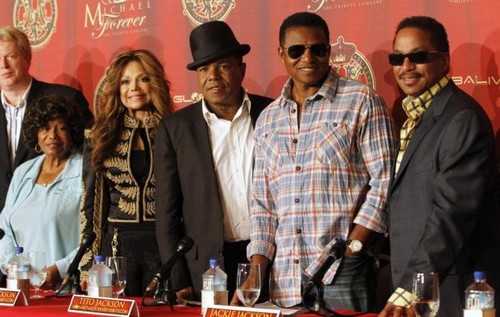 Michael Jackson’s family is out to avenge his unnecessary death in any way possible and that includes a multi-billion dollar wrongful death suit against AEG, a huge concert promoter. What they seem to have forgotten though is the fact that Michael’s children will inevitably be called to testify and the ramifications of that may prove more destructive than their father’s death was.

According to the April 22nd print edition of GLOBE, both Prince Michael, 16, and Paris Jackson, 15, have really lived in a bubble. When Michael was alive they rarely ventured out in public and he kept their identities under wraps to supposedly preserve their anonymity and childhood. After his passing the Jackson family has worked really hard to keep Michael up on a pedestal in his kids’ memories. In other words they really don’t understand the sordid allegations that the fallen singer battled for years. AEG’s pitbull attorney’s will no doubt make sure that the kids have a clear understanding of exactly who and what the general public thought that their father was.

Greedy family matriarch, Katherine Jackson is spearheading the suit and it was her idea to have Prince and Paris testify in the first place. The rest of the family is split right down the middle on this decision. While it may initially help their case, the information that the kids will learn will be irreversible and may be too much to handle.

Do you think the kids should be kept off of Katherine’s list of witnesses? Won’t learning that their father was considered to be a pedophile while on the stand under oath be too much to inflict on both Paris and Prince? Should she be trying to protect them better than this? Tell us your thoughts in the comments below!