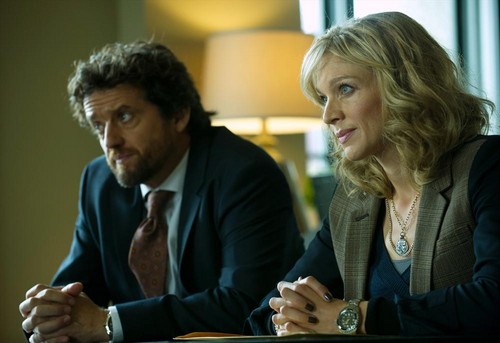 Tonight on ABC their new crime drama MOTIVE continues with a new episode called, “Public Enemy.”  On tonight’s show Detectives Flynn and Vega struggle to find the connection to a pediatrician..  Did you watch last week’s episode?  If you missed it and want to get get up, you can read our full and detailed recap here.

On tonight’s show after investigating the execution-style slaying of a news shop proprietor with high-level military training, Detectives Flynn and Vega struggle to find the connection to a pediatrician.

I cannot wait for tonight’s episode 7 of Motive last week’s episode 6 was really great.  The show airs tonight on ABC at 9 PM EST and we will be covering it with all the details.  So make sure to bookmark this spot, and come back for our live coverage of Motive Season 1 episode 5 right here.  Enjoy the show folks!  While you wait for the recap, check out the sneak peek of tonight’s episode below!

Once you get used to the way that Motive tells a story it’s actually very cool. They tell us who the victim and killer are and then the crime plays out in a series of flashbacks with Detectives Flynn and Vega struggling to piece it all together. On tonight’s show Hank is a news stand owner that operated his business in a high crime area. He had a high level of military training and chooses to beat back potential criminals with a baseball bat. Monika is the Russian speaking doctor that ultimately killed Hank for reasons that we’ve yet to figure out.

Through a series of flashbacks we see Hank show up at Monika’s house and ask her questions about why she gets to have a life and a beautiful child, as her young son looks through the window. Hank tells her it would be a shame if someone took her boy and she warns him not to threaten him.Meanwhile Flynn and Vega find Hank’s car and in it is a camera filled with photos of Monika’s entire family taken on the sly.

Flynn and Vega sit down with Monika and her husband and think they seem a bit too perfect. Her husband wonders where Monika really was the day before and she tells him that she’s trying to protect their family. Flynn and Vega do some digging into Monika’s history and find that the real woman died 20 years ago in Prague. Flynn un-nerves her during the next chat by telling her that her old pals in Prague are shocked to hear that she’s doing so well. Monika tells her husband they should leave the country and he agrees to go with her.

A closer look at Hank’s body shows that he was paralyzed by an injected drug before he was sliced. Clearly the knowledge and work of a doctor like Monika. They do their footwork and realize that Monika was actually a Serbian doctor wanted for war crimes. Hank knew her from when he served in Bosnia and knew that she allowed children to die. He saw her photo in the newspaper and intended to expose her. The truth comes out while her husband listens in horror. Tune in next week for more Motive.