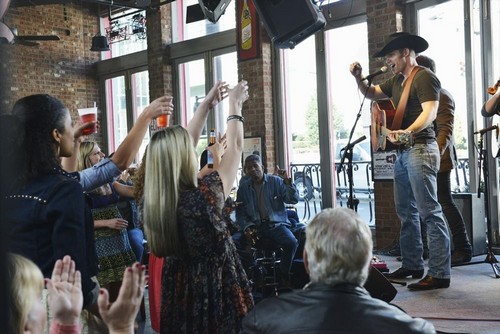 NASHVILLE returns to ABC tonight with a new episode called, “Take These Chains from My Heart.” On tonight’s show Deacon comes to a reckoning about Rayna, and Jolene suspects Dante is cheating on Juliette.  Did you watch last week’s episode? We did and we recapped it here for you!

On last week’s show a personal crisis in Nashville caused Rayna to leave the tour in New York City before her sold-out concert with Juliette, but for Juliette, the show must go on. Jolene struck a claim on her sober counselor Dante as Juliette got closer to him personally and professionally, and Deacon doesn’t like the woman Juliette has become and tells her point-blank. Gunnar declared the next 24 hours a “Scarlett O’Connor party” to celebrate her success, and she brought Will along to join the fun. Meanwhile Avery became a roadie for Juliette, and secrets involving the men in Rayna’s life saw the light of day.

On next week’s show Liam invites Rayna to run away with him to finish her album, and Deacon is surprised by his own reaction, as well as Stacy’s accusations; Jolene warns Juliette about Dante’s loyalty, which only drives the two women further apart; Teddy faces off with Peggy about the leaks, and in the wake of her father’s illness, Tandy proposes a new alliance to Coleman. Meanwhile Gunnar tries out some new music, and Avery and Scarlett reconnect. 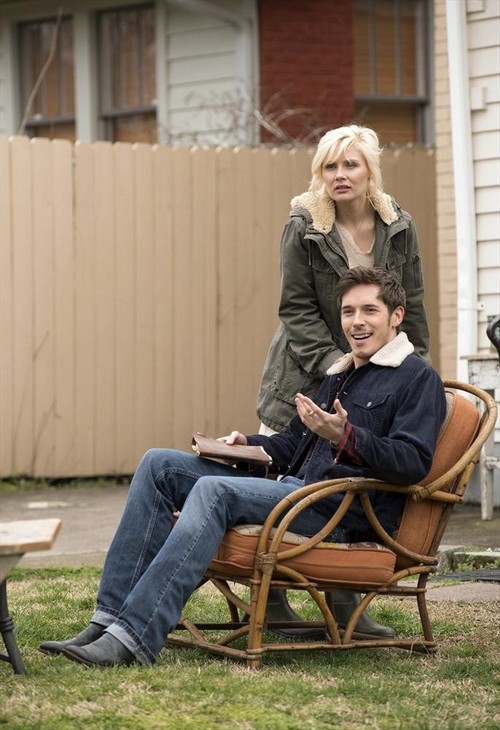 Juliette’s manager/toy boy Dante and her are talking about her living situation when she suggests they go house hunting together.

Gunner is still mourning his brother when his new friend, Will, comes pulling up in a brand new motorcycle and help takes his mind of it.

The tour has come home. Everyone is arriving back in Nashville. Deacon gets a happy greeting from his girlfriend and Rayna is feeling excited about getting back to work in the studio. She’s set her mind to working with Liam to finish off her album.

Juliette and Dante also come back to Nashville. Her mother Jolene is still having a rough time letting go of Dante. She doesn’t like her sober companion.

Teddy is at the office. He hasn’t told his girlfriend that he knows about her betrayal yet. As of now he’s just avoiding her.

Scarlett is at her uncle’s house. She’s having dinner with him and his girlfriend. Gunner was invited but he’s busy right now.

Rayna and Liam are talking about the album when the conversation takes a sudden turn. In one minute she was talking about feeling free and in the next she was making out with Liam. It doesn’t go too far. Her manager was the one to interrupt things but he’s starting to suspect.

Will is performing at his new gig. The crowd is loving him and Gunner is enjoying himself too. He congratulates his friend on his swagger and wonders about how to get some of his own.

Rayna and her sister try to help their Dad come home. Rayna moved in with her sister to help with their Dad’s recovery. In a moment of private time, Rayna admits to hkh that sje kissed Liam.

Deacon and the band are getting frustrated with Juliette’s behavior and her new manager. He confronts her and it leads to him quitting the band after the last part of the tour. Juliette takes it perfectly ok however will she have the same reaction after her mom comes in and tells her she saw Dante kissing another woman.

Teddy talks to someone about Peggy. Apparently he wasn’t truly sure Peggy had betrayed him but with now he has proof.

Scarlette goes to bat for Gunner with Rayna. She explains that he only missed their debut because a death in the family.

Juliette believes her mom is lying. Dante explains that Jolene saw him meeting a friend but he’s worried Jolene has been following him. So is Juliette and she tells her mom to get out before she’s thrown out.

Gunnar is playing on stage with Will. He’s doing well. Other people are thinking it too. Including Avery and also an agent. He approaches Gunnar with the opportunity of laying down a demo. Avery spots him after the show and apologizes to Gunnar about their fight. Gunnar says its ok. He actually is with Scarlett now and as plus he adds in that she got signed.

Liam and Rayna are together again. He wants her to come with him to St. Lucia. She agrees to think about it even though she has a lot on her plate right now. Her father, Lamar, talks to her when she gets home. Their going over family photos and miraculously are bonding.

As their looking over a new house, Juliette is worried about her mom. She’s also suspicious of Dante but she’s not letting him know.

Teddy finally calls out Peggy about what she did. Dumb as she is, she thinks Lamar told him and accidentally reveals Lamar’s blackmail. It doesn’t matter to Teddy. He’s upset that Peggy hurt his kids so he tells her that their done.

Back at their place, Scarlett admits to Gunnar that she got him another chance with Rayna. She doesn’t expect for Gunnar to not be excited especially when they work so good together. Nevertheless right now Gunnar wants the opportunity to explore himself as an artist.

Liam visit Rayna before she goes onstage. She agrees to a weekend and their fairly excited about their possible future. They take their chemistry onto the stage. Deacon notices it right off.

Juliette questions the realtor about her boyfriend Dante. The nervous lady explains that nothing ever happened between her and Dante. Something that makes Juliette happy. She introduces the realtor to her mom but Jolene is adamant that she saw Dante kissing this woman. Juliette and Dante are worried her mom is using again. Dante finds drugs in Jolene’s bag and suggests she goes back to rehab.
Lamar is angry with his daughter for telling Teddy about Peggy. In a surprise turn of events, he tells her how it was Rayna that was there for him and not her. Rayna doesn’t treat him like he lost his edge.

Deacon’s girlfriend tracks down Deacon backstage. She had noticed that he left when Rayna and Liam were on stage. She also noticed that he only came home a while back not to visit her but to go to Rayna. She walks out and Deacon lets her. He had spotted Rayna. She only witess a little bit of the scene. She asks him what was wrong and he makes her know that he still has feelings for her. She could only tell him that she’s going away with Liam.

Juliette is looking at the drugs and notices that her mother would never take these pills. She’s allergic to them. She tries to contact Dante and finds out he’s supposedly dropping off money for the crew. All calls are going straight to his voicemail.

Scarlett spots Avery and they begin talking. He lets her onto the stage.

Rayna goes to Deacon’s place. She tells him she loves him. He’s angry she didn’t say it before when he told her the exact same thing. But he can’t stand mad with her and they begin to make out. They do take it inside.

Dante has run off with over four hundred grand of Juliette’s money. She decides to take a lesson from this and continues in buying the house. She also tells her assistant to call her mom. Jolene doesn’t have to go back to rehab. Juliette is still tying to reach Dante. He can’t answer his phone on a flight even if he wanted to talk to her. The realtor/friend just happens to be with him.

Gunnar and Will are talking when he’s caught off guard when his friend kisses him. Gunnar throws him off and he tells him to get out.

Political maneuverings may just out Teddy all the way out of his mayoral seat.

On next week’s promo, the rivalry between Juliette and Rayna has started up again. Who will come out the winner this time?