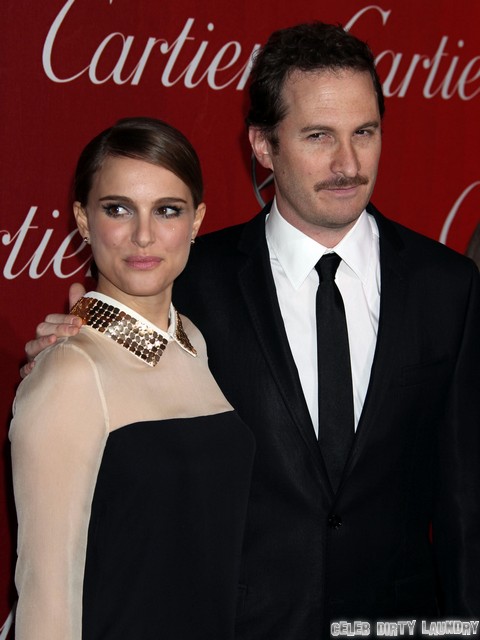 Natalie Portman really likes to paint a portrait of herself as a woman that has it all. She is married to dancer Benjamin Millepied and the couple has 19 month old Aleph.  Both are enjoying red hot careers and it looks, from the outside looking in, as thought everything is going well. The truth of the matter is that a huge secret could be starting to really have a ripple effect on Natalie.

Back when she was making the movie Black Swan, it was rumored that Natalie had an affair with the director, Darren Aronofsky. The dalliance cost Darren his longtime relationship with Rachel Weisz. According to the April 1st print edition of The National Enquirer, the rumors were so rampant in Hollywood that Black Swan producers insisted that Benjamin become Natalie’s boyfriend, as sort of a red herring. He is as opportunistic as they come and agreed to the job.  Only Natalie knows the truth about Aleph’s paternity even though Benjamin is listed on his birth certificate.

If this is all to be believed, then Benjamin gave up a lot and it’s going to be Natalie’s turn to reciprocate the favor. He recently took a job as director with The Paris Opera ballet. Natalie is going to have to decide whether Benjamin is worth giving up her work for him. She’ll need to decide what matter most. Will she go and live in Paris with her husband, or will she opt to party at home with her girlfriends instead.

I wonder why this rumored affair between Natalie and the older, attached Aronofsy didn’t grab the same kind of headlines that every move that Kristen Stewart has made does. Wouldn’t this technically be worse than that though, simply because there’s a baby involved? Tell us your thoughts in the comments below!