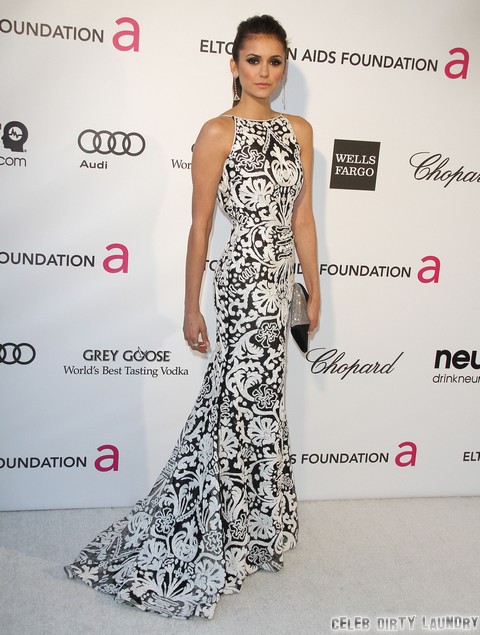 After quite a bit of silence and only one other public outting in nearly two months, we saw Ian Somerhalder and Nina Dobrev reunite the other night for the sake of his sick cat, Moke. The orange fur ball was in need of some special care and the duo rushed him to an animal hospital for treatment. Nina later posted photos of them both with Moke on her Whosay account, causing a bit of speculation as to whether or not she and Ian have reconciled.

The couple did everything- travel, work, charity appearances- together for about 18 months and then all of a sudden they were MIA, at least together. Ian has led a very full life since last February and Nina seems to have done what women in relationship turmoil do, she has focused on family and friends. Every now and then she posts a nugget on Twitter that is clearly poignant to her and its no accident that she wants her multitude of followers to see it. Last night, Nina posted this zinger,

“If you ride like lighting, you’ll crash like thunder. And I won’t let you take us both down” – The Place Beyond The Pines

Remember, this is a woman that is very aware that the press is watching and reading into everything that she does. If she didn’t want us to believe that this was aimed at Ian then it never would have been posted. The two are clearly on speaking terms but the relationship waters are choppy at best. Photos taken of them visiting a sick girl in Toronto two weeks ago gave us a glimpse at a pissed off Ian scowling at a clearly upset Nina.  Whatever is going on between these two, it’s clearly not finished just yet.

What do you think Ian could be doing that Nina doesn’t want to be dragged down by? Tell us your thoughts in the comments below!