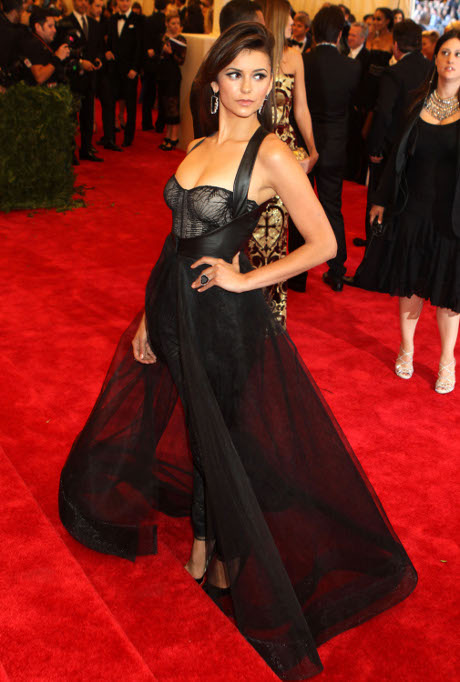 There have been several rumors about Nina Dobrev and Ian Somerhalder being the top choices for a possible Fifty Shades of Grey movie. Till date, we have not received any sort of confirmation from the producers that they’re even looking at specific actors, but both Nina and Ian have topped fan lists to play Anastasia Steele and Christian Grey.

While that is very, very far from a confirmation, it means that they will at least be looked at when it comes time for casting. However, will the recent news of their breakup change that?

We know that fans really, really, really like them together for the lead roles in ‘Fifty Shades of Grey’. We know that the producers have yet to really audition anybody, although plenty of rumors state that Ian’s already gone in to meet with E.L. James and the producers. Obviously, Nina and Ian have chemistry, and it would have been easy to buy them together in another project.

But now that their breakup’s gone public, it seems unlikely enough that they will be able to maintain a professional working relationship on ‘The Vampire Diaires’, much less another movie. Obviously, the solution would only be to cast one of them, if either one of them will be cast at all. Of course, that would ruin a lot of fans’ ideals as their perfect Christian Grey and Anastasia Steele, but there’s nothing that can be done about that.

So if you had to choose between Ian Somerhalder as Christian Grey or Nina Dobrev as Anastasia Steele, who would you choose? For what it’s worth, I think Ian is a lot more interested in starring in the film than Nina is, and he’s also much better suited to the role anyways. Let us know what you think in the comments.