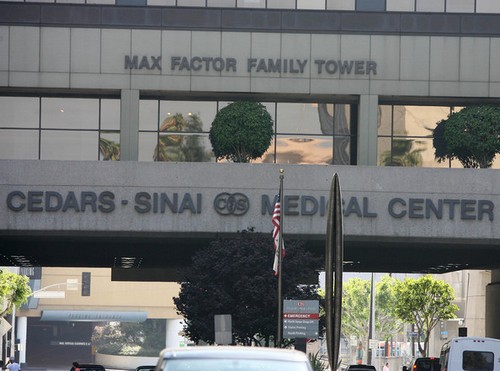 Uh oh, I see a lawsuit coming pretty darn quick! For months the media followed Kim Kardashian around looking for any and all info available on her baby to be and she managed to put all questions at bay by focusing 100% on her weight. We heard Kimmie complain about it so much that we almost, ALMOST forgot she was pregnant rather than just plain overweight.

Apparently six employees at Cedars-Sinai Hospital also wanted all the details on Kim’s little bundle of joy. They were busted for accessing Kim’s records illegally and subsequently fired for doing so! The hospital notified that Kim’s records had been accessed and by that time it didn’t really come as a surprise. She delivered North West on June 15th and then stayed in the hospital for nearly a week before finally being discharged. In that time, according to TMZ, the family became suspicious because the media was getting info that Kim hadn’t told anyone so clearly there was a leak somewhere.

Let’s be serious here for a minute, I don’t really think Kim minds if photos get out. Sure she wants to cash in but she has spent years sharing everything with the world. She wants us to see Nori. Kanye West, the baby daddy is a whole other story. I’m sure he is beyond furious at the thoughts of Kim’s records and his daughter’s information ending up in the hands of someone shady. I see a lawsuit spinning out of this little mishap. 6 people being fired isn’t going to be nearly enough punishment to satisfy Kanye!

Do you think he’ll be issuing a statement or simply have yet another meltdown the next time a camera happens to be in his face? Tell us your thoughts in the comments below!