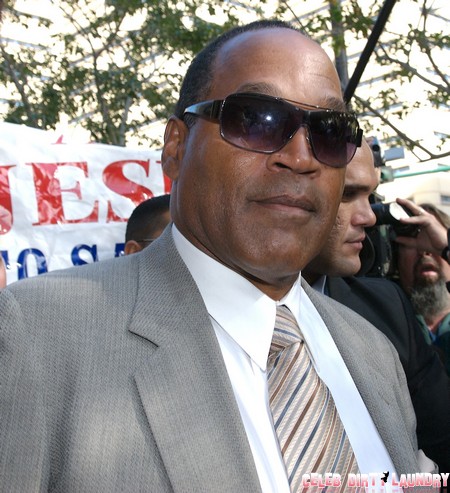 You didn’t really think that O.J. Simpson planned to take his secrets to the grave with him, did you? Nah, this guy has spent decades in the spotlight one way or another and it seems that he is saving the best bit for last. Rumor has it that O.J. Has made a jailhouse confession to pals that of course he killed Nicole Brown Simpson and Ron Goldman in a fit of rage. According to National Enquirer the fallen football star fully intends to release a full confession upon his death.

O.J.’s death may come sooner rather than later because he has completely stopped taking care of himself behind bars. After a recent play to get a new trial failed O.J. Made peace with the notion that he will die in jail and as far as he’s concerned his life is already over. He currently is suffering from a severe case of diabetes that is putting him at risk for collapse or a fatal heart attack. His blood pressure is also sky high and O.J. Could care less.

Instead he would rather see his life come to a screeching halt rather than live for several more years in a prison hell hole. He also wants that confession to be opened upon his death as a final hurrah of sorts. According to O.J. Everyone already knows that he killed Nicole and her boyfriend at the time, Ron Goldman, so after he is gone he’ll be more than happy to provide the details.

Do you think that O.J. Will last much longer behind bars and do you believe that he really will fess up to committing a double murder? Tell us your thoughts in the comments below!