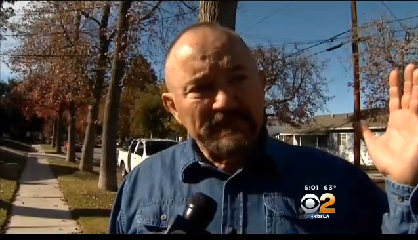 Paul Walker‘s untimely death has left many people devastated, but none more than his father, Paul Walker Sr. Paul Walker Sr. spoke to CBS2 a day after losing his son to a car crash, saying, “I’m just glad that every time I saw him, I told him I loved him. And he would say the same thing to me.”

His father also added that Paul’s brothers were taking the news ‘pretty hard’, adding, “His heart was so big. I was proud of him every day of his life.” He also explained that before he died, Paul wanted to take a hiatus to connect to his teenage daughter, Meadow Walker. Paul Sr. explains, “I want to take a hiatus. She’s just 15 and I don’t have much more time to be with her.’ Then boom, he got another movie. He would say, ‘I don’t know what to do.”

Friends and family have been gathering at the Walker home in Sunland, California since December 1st. Funeral arrangements haven’t yet been announced, but Paul’s grieving fans, friends, and family have all been opening up about what a wonderful heart Paul had. He always had a sterling reputation in Hollywood, where most celebrities did not. People who worked with him and knew him attested to his wonderful heart, saying he was a family man above everything else.

Although Paul broke out in a series of hits in the 90s, it wasn’t until the Fast and Furious franchise that his star really took off. Fast and Furious 7 has shut down filming in the wake of Paul’s death, and they will apparently resume production after re-writes to the script. No doubt, it will take some time for everyone involved with the movie to recover from Paul’s death, especially since it was so tragic and unexpected.