Pippa Middleton In The Money: Rides Kate’s Marriage To Prince William Like It’s a Cash Cow 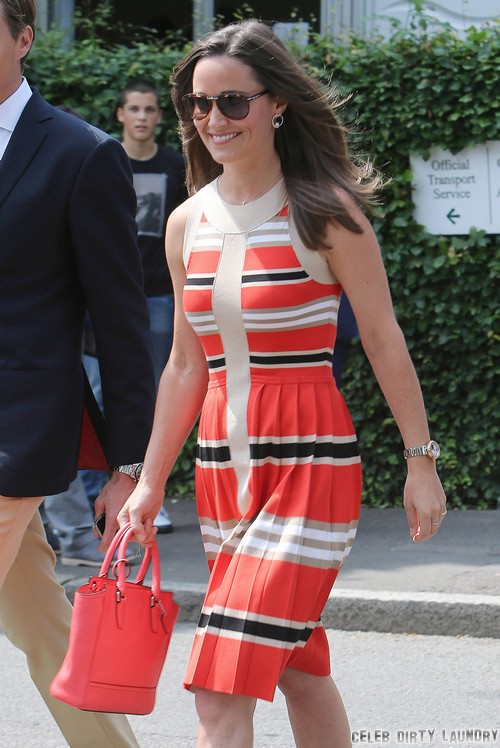 As The Royalist at the Daily Beast puts it, Pippa Middleton has the ‘midas touch’. I wouldn’t necessarily call it the Midas Touch, more the sister of the future Queen of England touch. Despite the mockery that Pippa has to regularly endure through the tabloids and media in England and America, the supermarket tabloid that Pippa writes for, Waitrose Kitchen, has reportedly enjoyed a staggering increase in circulation since she joined.

Apparently, it’s increased in circulation by 17.4% in the last six months, which will now make it the UK’s 15th biggest magazine – a huge deal when you consider how many supermarket tabloids actually exist in the country.

So what does this mean? Well, it means that no matter how much people make fun of her, they’re still buying anything associated with her, and by extension, the royal family. Look, large segments of the public still continue to make fun of her, and I think they’re justified. Pippa’s clearly finding ways to cash in on her connection to the royal family, but would anybody really do differently in her position? Especially since she’s actually benefiting those she’s associated with?

Even her party planning book ‘Celebrate’ was initially torn apart for being insubstantial and not very useful, but the numbers released showed that far from being the failure that reports were stating, it actually managed a decent run on some bestselling lists.

All of this means that the public is still obsessed with the royal family, and by extension, Pippa Middleton. While Pippa’s stopped stealing the limelight from Kate Middleton, largely because nothing can steal the limelight from Prince George, I wouldn’t put it past her to don another skin-hugging outfit during another major event to get back in the media’s good graces. But for those who don’t like her, tough luck. Pippa Middleton’s here to stay.