Prince Harry’s Girlfriend Thinks Kate Middleton’s A Trophy Wife, Doesn’t Want To Be Like Her! 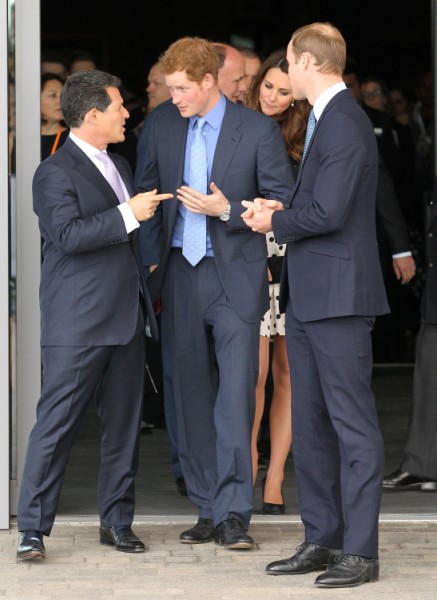 Either Cressida Bonas has some informers in her circle of friends or she really wants the news out there that she does not want to be the next Kate Middleton AT ALL.

Trouble is coming from Prince Harry’s girlfriend again who is apparently telling friends she’s not ready to settle down with the third in line to the throne and doesn’t want to live her life as a trophy wife. Cressida wants an acting career and all Harry’s wedding talk is creating “irreconcilable” problems for the couple. The Daily Mail reports Harry’s getting tired of Cressida’s crying and may be walking soon. It’s said he’s still in love with Chelsy Davy as well.

This break up might not be the worst thing for the royal family. It’s also rumored that Prince William and Kate Middleton aren’t too fond of the way Cressida’s been treating Harry and Kate still has a thing about Cressida’s sister, Lady Isabella Anstruther-Gough-Calthorpe, who William tried to hit it with at one time. Kate and Cressida will have to get along since the brothers are so close and I just don’t see it happening. All these stories about not wanting to be a royal/trophy wife can’t be helping that relationship since Kate was the ultimate waity, career-less, trophy girlfriend.

Lainey Gossip made a really good point last week and I’m annoyed I didn’t think of it too. The problem with Harry is that his girls are too blue blooded. They already have what they want – money and celebrity in the upper classes. All he brings to the table is media scrutiny and unbearable, stuffy in-laws with centuries of stiff rules, bad genetics and inbreeding. Why would they want that when there are plenty of hot, rich dudes they can marry who don’t come equipped with paparazzi? The Middletons weren’t like that. They needed and were enticed by the social climbing so Kate wasn’t scared – she was excited by the possibilities. Perhaps Harry should slum it to the rich, non-titled middle classes a little more and maybe he’d find a more willing partner?

Still… I have hopes for a Chelsy reunion. She’s his lobster.

What do you think of the Cressida Bonas/trophy wife reservations? Is being an actress better than being a princess nowadays?