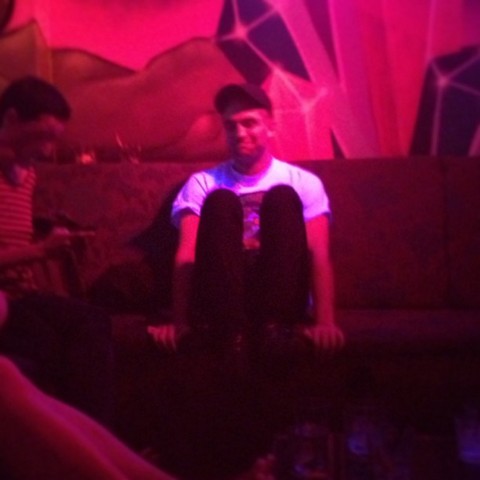 During an interview on the Red Carpet at the Golden Globes, Robert Pattinson gushed about his upcoming movie The Rover, which is being filmed in Australia. Rob cited the amazing cast and script as reason for his enthusiasm and attachment, but it seems like he’s more excited about a vacation from cheating girlfriend Kristen Stewart! Rob was spotted in a bar hanging out with a group of guy friends, looking carefree and relaxed—not sullen and tight lipped, as he often looks in the US, especially when accompanied by Kristen! While we’re sure being constantly followed by paparazzi have something to do with his grimace, we expect that the mandatory leave of absence from his relationship has helped him to unclench his jaw and kick back with the guys.

The life of an actor may be such that your relationships just have to survive long distances, but Rob looks a bit too carefree. We know how attached Kristen gets—remember when they were broken up, and she refused to shower or change out of his shirt and baseball cap for like, two months?—so being on a different continent has to be refreshing! The couple have been fighting like cats since Christmas, when a big family feud erupted and Kristen refused to compromise. Since then, she’s been using sex as a weapon and has somehow worked out a dominatrix kinky sex situation, making Rob her sex slave!

Rob’s desire to get away from Kristen doesn’t bode well for their future together. We know that he is pulling away, and insiders have reported that he’s looking for a way out of the relationship—who knows why a simple I’m dumping you won’t work! But one thing is certain, and anyone with eyes can see it: Rob is happier and relaxed when he’s away from Kristen, and now that he’s got an excuse to detox from her, we’re sure he’ll realize it soon and move on from her—unless he’s a major fame whore, and sells himself out to attach his name to hers! Do you think Rob is ready for a final break up, or will he keep up the act for old times’ sake?