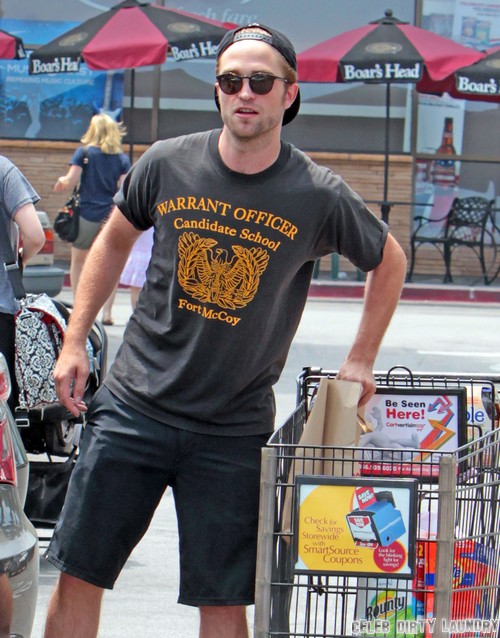 The past few weeks Kristen Stewart and Robert Pattinson have not been spotted out together. Now Robert is seeing Riley Keough and finally moving on from that wet blanket of a woman.

The reason for the break up is that Robert does not trust Kristen. When Kristen cheated with Rupert Sanders Robert was devastated. He moved out of their home and wanted nothing to do with the Trampire. He later agreed to get back together with Kristen because he had to promote Breaking Dawn Part 2. Now after a year of trying to make things work with her Robert decided to separate from Kristen for good.

A source close to Robert supposedly told Hollywood Life “It all comes down to when she cheated on him, he couldn’t let it go and would always make remarks to her saying things like, “How do I know you are there?” “How do I know you are telling the truth?” “What else have you lied about?” It just consumed him to such a point that they would have occasional banter back and forth where they weren’t nice to each other. Her cheating basically opened other doors in their relationship of what they didn’t like of each other. There conversations where more bickering then loving, and in front of friends Kristen made jokes of the incident making it look like they were above it but he was actually hurt by her bringing it up in front of friends. She got a little cocky with it and he decided to end it after it all built up to one final argument”.

I’m not surprised at this break up. I knew it was just a matter of time before Robert came to his senses and dumped the cheater. He knows he deserved better. Kristen is moody, has no sense of style and is socially awkward.

Riley is a good match for Robert. She is very feminine and comfortable in her own skin. She has a lot of interests and brings a lot to the table. Robert felt Kristen would always be tempted to cheat on him again. Also, Robert feels he can trust Riley to not to stray from the relationship.

It’s been reported that Kristen is livid and very hurt about her ex-boyfriend dating her ex-friend. But what did she expect? Did Kristen really think Robert was going to cry over her again and not get on with his life? He let Kristen know that she no longer is a factor in his life.