Robert Pattinson’s New Girlfriend – Who Is She, Celebrity Or Civilian? 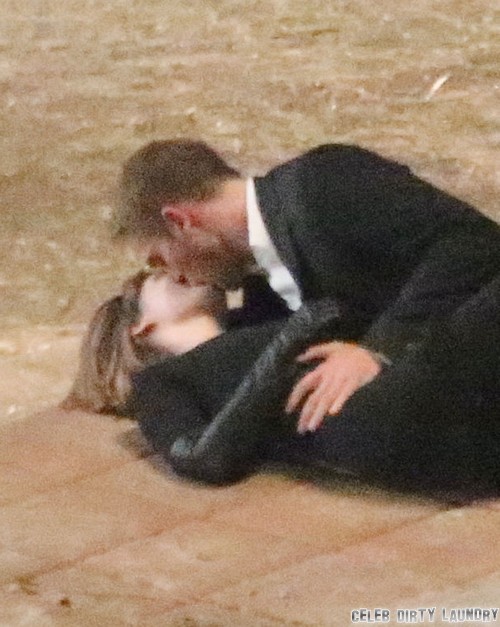 The likeliest chance is that she’s a civilian, because if she were even remotely famous, she would have been recognized at the party. Since Radar just claimed that she had a ‘girl-next-door-vibe’ and she was ‘brunette’, but they didn’t recognize her, I’m guessing it’s either a minor celebrity or someone who’s not famous at all. Now, thinking back on it, the girl that Rob was spotted making out with in Toronto while filming Maps to the Stars was also a brunette. Maybe it’s the same girl? It could have been a production assistant or someone working on set, so it would explain how Rob met her and why nobody recognizes her instantly.

Now, if for whatever reason it’s not her, it could be any number of people Rob met in LA. He parties quite a lot now, and that means endless opportunities for meeting women. And considering Rob’s wealth and fame, he could be having hookups and flings at every party, and that doesn’t necessarily mean he has a new girlfriend.

Of course, it could also be Riley Keough in disguise or Kristen Stewart‘s evil twin sister, but both of these are extremely unlikely. What do you guys think of Rob’s new girlfriend? Who do you want it to be? Do you just want him to get back with Kristen, or are you happy that he’s seemed to have moved on? Let us know your thoughts in the comments.