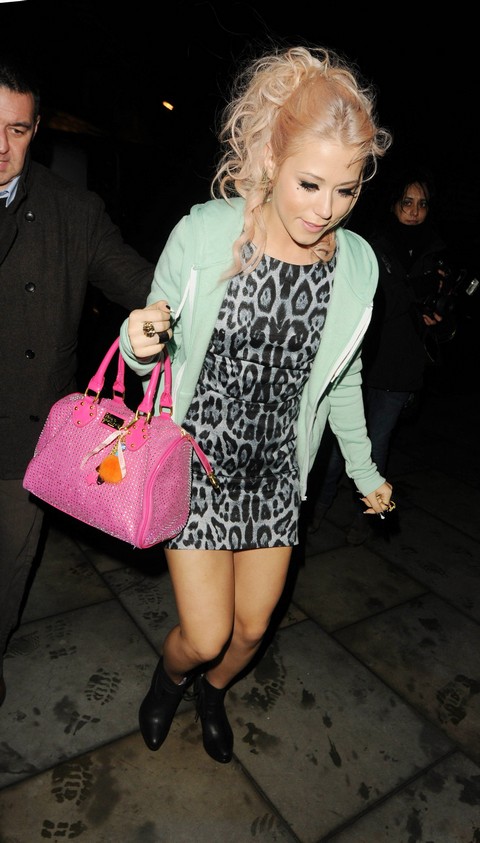 We predicted it was going to happen and by “it” I mean the permanent split of Kristen Stewart and Robert Pattinson. He may have thought that he could trust her again when she was under his nose but once the couple was no longer connected at the head, Rob got smart and fast!  There was no way that he was going to spend a few months filming down under and even try to imagine Kristen behaving herself back in LA. Plus spending the holidays in London with Rob’s family may have helped to propel things, as we all have already heard how much the Pattinson clan dislikes Kristen.

The best way to get over a broken heart when your young is to find someone else to share your company and when it comes to that Rob has the pick of the pack. One woman hoping for an opportunity to spend some quality time with the heart throb is Amelia Lily. The 18-year old finished in third place on the UK edition of The X-Factor last year and since then she has found pretty decent success across the pond. She was recently asked about her dream guy and she was quick to mention sharing the same air space with Rob, according to Gather.

Rob is said to want to spend a lot more time at home back in London so maybe something could work out for these two. I’m still leaning in the direction of a steamy romance between Rob and Selena Gomez. Seriously, they have tons in common, she needs an older guy and they both know what it’s like to be publicly embarrassed by a cheating douche bag!

Who do you think Rob should have on his arm next? Tell us your thoughts in the comments below!