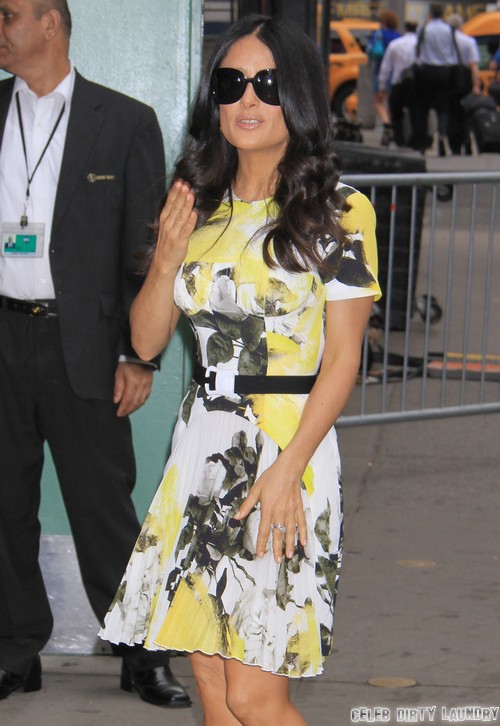 Salma Hayek has been busy promoting Grown Ups 2, and for some reason, she was asked about her thoughts on Angelina Jolie’s double mastectomy.

Well, to be fair, the question was whether Salma would get rid of her, ahem, assets if she had to make the choice of getting a mastectomy. Salma’s reply was, “To save myself, of course! I don’t know if I would have done the same [as Jolie] so quickly, perhaps I would have had more faith, thought more positively that nothing was going to happen to me. But you know, I don’t know, it’s not fair to put yourself in that situation when you haven’t been in it. I respect her decision a lot, of course. Plus, she looks great.”

Well, at least she was diplomatic about her disagreement, which is more than we can say for most people who have spoken out about the issue. A lot of people have very differing [and strong] opinions on gene testing and getting a double mastectomy, and the issue’s already caused a lot of disagreements between the various factions. Of course, this has also managed to open up discussion about sensitive topics that were previously swept under the rug, and that’s always a good thing in my book.

What do you guys think about Salma’s comments? She didn’t bring it up herself, but she also didn’t shy away from expressing her views. And what she said certainly rings true for a lot of people – how do you make this kind of decision without being in that position? It’s hard to imagine yourself in that situation, and I don’t think anyone can really say one way or another without first-hand experience. Let us know your thoughts in the comments. 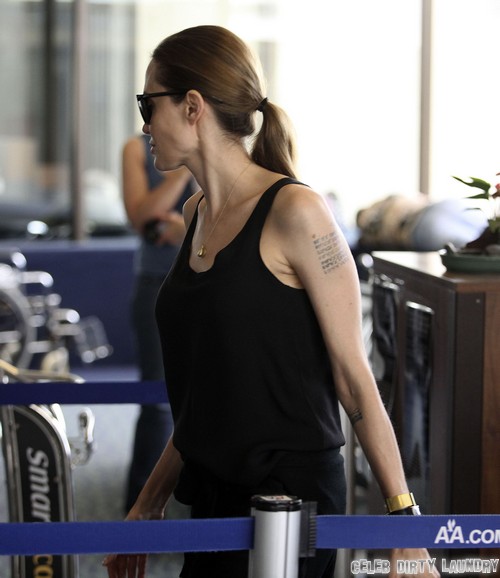