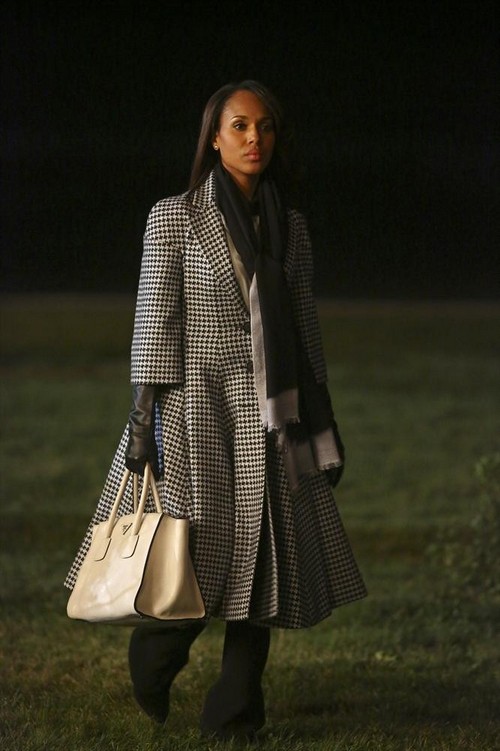 Tonight’s SCANDAL returned to ABC tonight and it was another great episode.  Tonight’s show gave us fabulous flashbacks that allowed us to see the real connection between Mellie and Fitz and how his father’s raping her is likely what put a wedge between them. She really has sacrificed everything to make his dream come true.  I just cannot wait until the next episode, while you wait for next week’s episode, as usual, we have some juicy spoilers and a sneak peek video of “Vermont is for Lover’s, Too” for your enjoyment below!

On tonight’s show Mellie is still trying to recover from the public backlash of the last year so she decides to do a hard-hitting news interview. Meanwhile, as Cyrus continues to plot against Sally Langston, we learn how Fitz, Mellie and Cyrus became a team. Back at OPA, Huck continues to push Quinn away, but Quinn’s bloodlust could get her into some dangerous situations.  Meanwhile Liv and her staff are investigating the Remington plane crash that was shot down by Fitz years ago. Liv needs to know why her mother was shot out of the sky and everyone is working to get answers .  If you missed tonight’s episode you can read a full and detailed recap, right here.

Spoiler alert: If you’re one of those people who doesn’t like spoilers, stop reading now! We have some juicy spoilers for you about the season 3 episode 8 of ABCs “Scandal.”

Official ABC Synopsis: “Olivia and the team try to handle both uncovering the truth behind Operation Remington, while also managing a potential crisis with the Josie Marcus campaign.  Meanwhile, Quinn falls further down the rabbit hole with Charlie, and Cyrus creates a plan to take down Sally, but doesn’t think of the possible harm he could inflict on himself.”

On next week’s show the team is on a mission to find Omar Dresdan and Cyrus will stop at nothing to take down Sally Langston.  Oliva’s Mom is alive and in a cell and she wants to see her daughter. “Vermont is for Lovers Too” was written by Mark Wilding and directed by Ava Duvernay.

Scandal Season 3, Episode 8 “Vermont is for Lover’s, Too” airs on ABC on November 21st, 2013. Check out the preview video & some photos from episode 8 and let us know in the comments below what you think!