BY Cate Meighan on April 26, 2013 | Comments: Leave Comments
Related : Dancing With the stars, Dancing With The Stars Season 16, Sean Lowe, The Bachelor 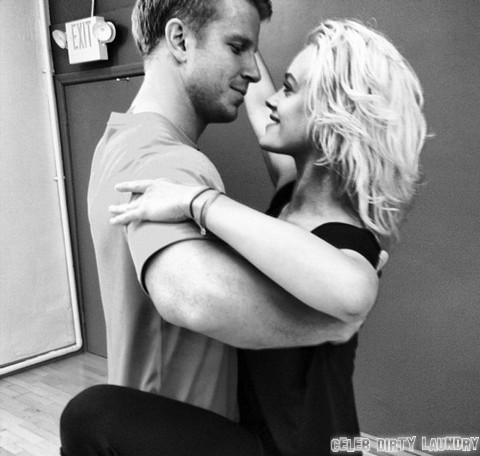 Sean Lowe has been in Hollywood for only a few short months but already the former The Bachelor star seems to have learned to play along, at all costs. If you’ve watched the former prayer warrior on Dancing With the Stars then you probably saw him squirm on the April 16th episode when Tom Bergeron informed everyone that Sean and Catherine are getting married in August. Sean looked like a deer in headlights as he went along with the notion.

The truth is he and Catherine are not getting along at all. They live separately and basically she gave up her whole life to come to L.A. And sit alone while he spends 8 hours a day grinding on Peta Murgatroyd in the name of rehearsing. She is miserable and on the rare occasion that she’s spotted out with Sean, you can bet they are fighting.

According to the May 1st print edition of In Touch Sean feels the weight of the world on his shoulders. He is believing his own press evidently and doesn’t want to let his multitude of fans down, so he figures he needs to give them a wedding. I’m going to bet that while Sean may marry to continue the charade, Catherine will not. My understanding is that she’s in it until Sean leaves DWTS and then she’ll be on the first flight home.

Can you imagine marrying just to make a fan base happy? If Sean is seriously contemplating that then wow has he changed in the last year. That guy that just wanted to settle down with a wife and lead a normal life is long gone. He has been replaced by some jerk that actually seems to believe that his fifteen minutes of fame will be extended into a lifetime.

Will Sean go through with a wedding to Catherine to appease the fans? Tell us your thoughts in the comments below!