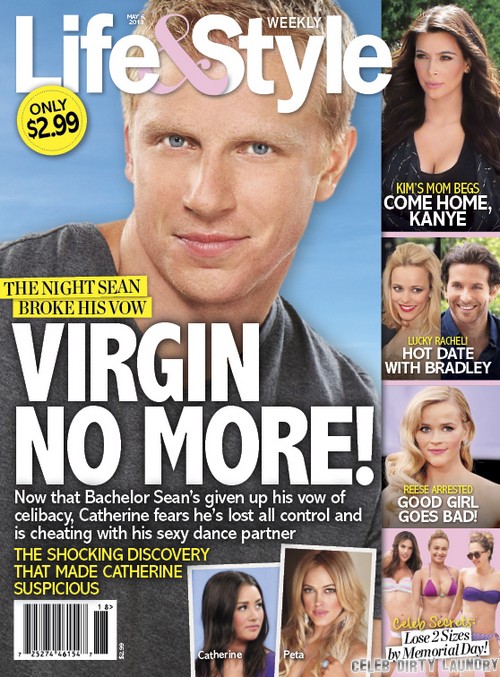 Did anyone even believe that “Virgin Bachelor” crap that the tabloids were trying to feed us about Sean Lowe? We were calling BS on that mess from day one. Seriously. He had twenty-five women throwing themselves at him and he’s going to talk about religious values?!? Ha. He should’ve been a comedian.

Apparently he meant it as sort of a vow of celibacy, but he couldn’t keep his word on that whatsoever. He said that he wanted to wait for sex until he was married, but according to reports, that was just for the sake of the television cameras.

According to Life & Style Weekly, Sean and Catherine Giudici were hooking up, despite his saying otherwise. A source said, “Yes, they definitely had sex. The first time was the night he proposed in Thailand.”

After their encounter at the $1,100-a-night suite at the Anantara Golden Triangle Resort & Spa, the source goes on to confirm the engaged couple continued sleeping together whenever they met up on passionate “secret dates” in LA, when they were forced to keep their romance secret before the show’s finale aired.

The insider said, “Catherine has always respected Sean wanting to show his Christian side, but she honestly would never marry him without making sure they had sexual chemistry. It’s all for the show and his parents.”

Another snitch added, “Sean and Catherine have hooked up already. The whole born-again virgin thing is a bunch of B.S. It’s just something he made up for the show.”

We are not surprised. Are YOU?