Sean Lowe Lied To The Bachelor Contestants – He Won’t Marry The Winner! 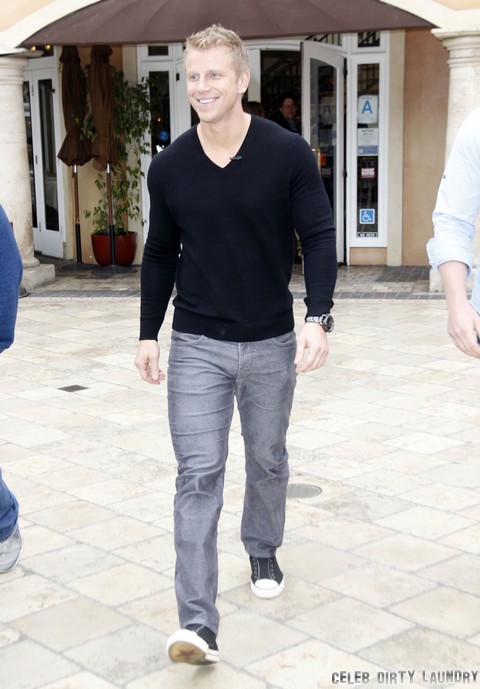 Is this really news? I mean, it’s interesting, but are any of us surprised to learn that the newest star of The Bachelor, Sean Lowe, was doing it for the fame? If history has taught us anything, it’s that these shows rarely end in marriage, and the ‘true love’ quickly turns into tabloid cover stories and break up reports. So when Sean confidently told his batch of contestants that he was looking for a wife and best friend, many set aside their healthy skepticism and hopped on the wagon. Last week, 2nd runner up AshLee Frazier shocked viewers by announcing that Sean “told me not to worry because those other girls meant nothing to him.” When she was sent home a few days later, she “was devastated, my heart was broken, I was so confused.” So where’s the truth in this mess?

Sean will propose to either Lindsay Yenter or Catherine Giudici (spoilers here) on Monday’s finale episode, and insiders say the couple are still together and planning a summer wedding that will be broadcast on ABC. A source told In Touch Weekly, print edition March 18, 2013, that Sean’s “loves the limelight and wants to stay in it as long as he can.” It was just announced that he’ll compete on next season of Dancing With The Stars, so it’s not like he’s shying back into a normal life!

But making the most of his circumstance “doesn’t make Sean a bad person,” a friend rationalizes. “He truly did go on the show to find love, but he’s not stupid—he’s going to reap the benefits of his celebrity.” Don’t they all? Despite his “changed outlook on fame versus his cherished regular guy life,” Sean loves his fiancé and “wants to give her the wedding of her dreams because he’s head over heels in love.” Do you think Sean got lucky and found love on TV, or will he follow past contestants and dump her?