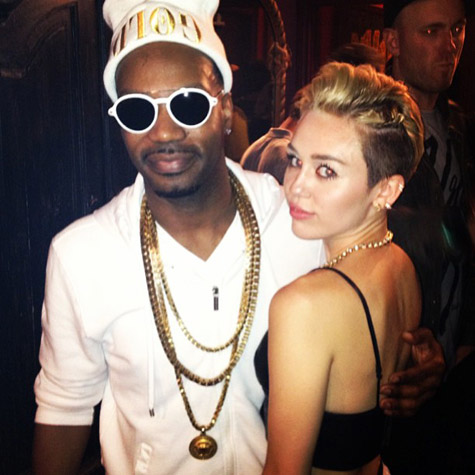 Selena Gomez and Miley Cyrus are supposed to be friends, but you can’t help but wonder if there’s an undercurrent of jealousy there. Selena was recently interviewed by The Ben Davis and Kelly Show, and she was asked about whether she had any ‘rock star’ moments with partying too much or doing drugs. Selena’s response?

“It’s hard to be a rockstar when you’re a pop artist. I can’t be like, super-hardcore and then think, ‘Ok, well I’m in a pink sparkly dress.’ I say my rockstar version is like the PG-13 version.” 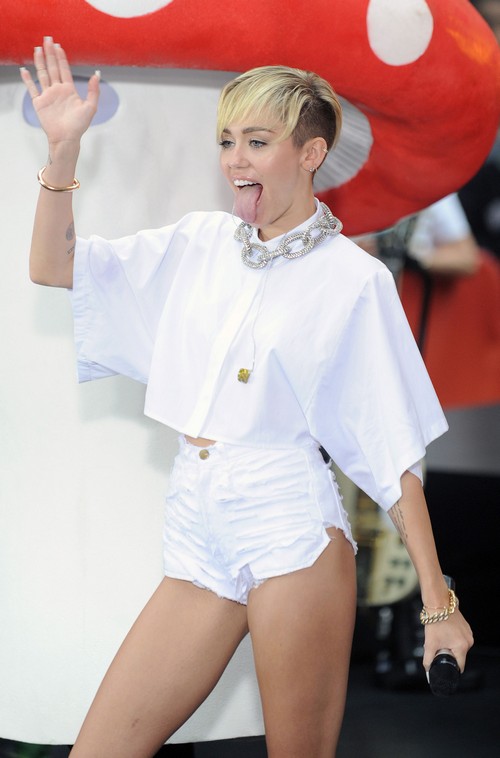 Well, that’s a diss if I ever saw one. Selena’s clearly referencing ‘Molly’ Cyrus’ recent antics, but she’s careful about saying anything outright. When asked if she would ever do a nude music video [similar to Miley’s Wrecking Ball music video], Selena simply stated, “I don’t judge people. To each their own.”

She doesn’t have to judge anyone, but her comments about being ‘Pg-13’ were clearly a reference to the ‘R-rated’ antics of other musicians her age. Miley used to be the epitome of ‘pop star’, with the television show, the pre-packaged persona, and the items imprinted with the Hannah Montana logo and sold throughout many stores across the country. In fact, Miley and Selena were in very similar positions with their careers and the way they started out, but they’ve gone on two very diverging paths since breaking away from Disney. 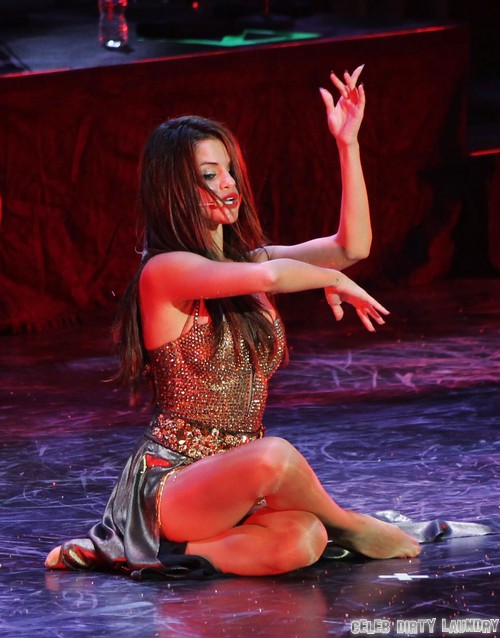 Selena, as she says, has remained a ‘pop star’, whereas Miley has tried her best to shed the Hannah Montana image and become a ‘rock star’. And has she achieved it? Only time will tell. But one thing’s for sure, Selena’s not going to be following her any time soon.