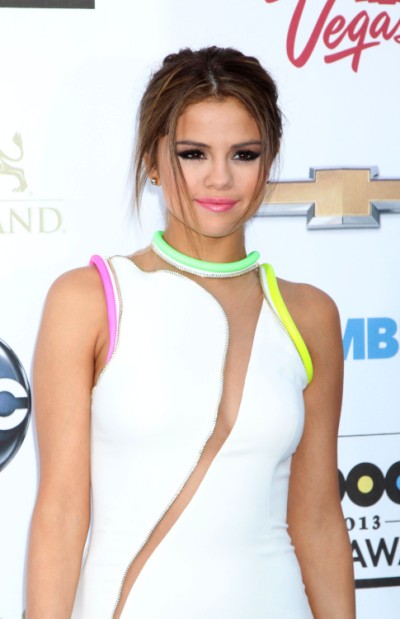 Selena Gomez turns 21 years old on July 22nd, and she’s revealed her birthday plans while promoting her new album on Canada’s ‘New Music Live’. When asked about her plans for the big day, Selena explained, “I’m gonna actually have a really big party.”

Now, the million dollar question [ok, thousand dollar question] is will Justin Bieber be there? We know that most of Selena’s friends can’t stand Justin, and we know that she’s practically embarrassed to be seen with him in public at this stage. So will she invite him to a party that is sure to be scrutinized and photographed and broadcasted to the world?

She knows that if she invites him, she’s sending a message saying that she’s still interested, not just to the public but to Justin himself. But if she doesn’t invite him, she loses her biggest and best promotional tool. How will she promote her new album if she can’t keep using Justin’s name to get herself into the news?

Cynical? Maybe so, but we have plenty of evidence to support that statement. Besides, Justin’s been humiliating himself a lot in the past few weeks, does she want that kind of embarrassment at a party where everyone she knows, admires, respects, and cares about will be there?

It’s an interesting conundrum for Selena. Your 21st birthday party is a big deal, and you don’t want anything to mess it up, right? And maybe Selena actually still has feelings for Justin, which will make this even more complicated. We think that she’s going to invite him [depending on the state of their relationship at the time], but she will make sure that she’s not seen kissing him or making out with him. Or maybe she will – when does her album come out again? What do you think? Let us know in the comments.