Selena Gomez NOT Heading To Rehab for Drugs or Lupus 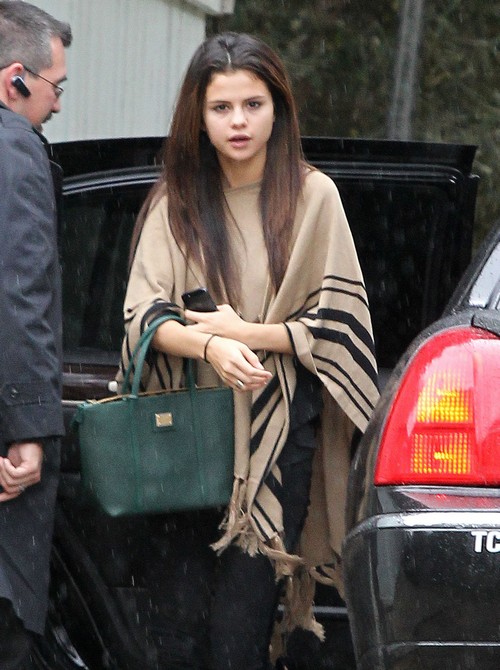 Is Selena Gomez headed to rehab? That’s the question on everyone’s minds after she abruptly cancelled her Australian tour that was coming up after the New Year. Her reasoning was that she just needed to take a break to focus on herself and her own life, which makes sense when you consider that she just had a baby sister that she’s barely spent any time with.

However, Star Magazine suggests that Selena’s ‘issues are more serious than simply needing a break’. According to the report, Selena’s problems all started when she filmed the ‘edgy’ movie Spring Breakers. A source tells Star, “Selena started hanging out and partying with [co-stars] Vanessa [Hudgens] and Ashley [Benson]. And once they wrapped, the party didn’t end.”

You know, Vanessa Hudgens and Ashley Benson actually do party quite a bit, but don’t you think Selena would have been papped if she was partying with them? They get photographed pretty much every time they leave a club, and Selena’s way too famous not to draw attention if she was falling out of clubs every other weekend, especially in Los Angeles. Also, Selena’s time on Spring Breakers was actually way less than any of her co-stars, since her character was only a supporting role. I don’t think it would have been enough to influence her in such a significant manner.

Anyway, the source also adds, “Her friends and family are worried that there might be a serious problem. They want to help her — and if that means getting her into a discreet rehab, that’s what they will do.”

It’s really hard to tell if anything’s seriously wrong, because you never really know with former Disney stars. Everyone thought Demi Lovato was as straight-laced as they come, yet we all know how that turned out. For now, most reliable sources say that Selena just wants a break from the non-stop working, but we might find out a few months from now that she was actually in some rehab in Utah.

What about the Lupus story?  Does Selena have lupus and has a flare up of the autoimmune disease necessitated her concert tour cancellation? We won’t know until we get a statement from Selena or her reps concerning this possibility.